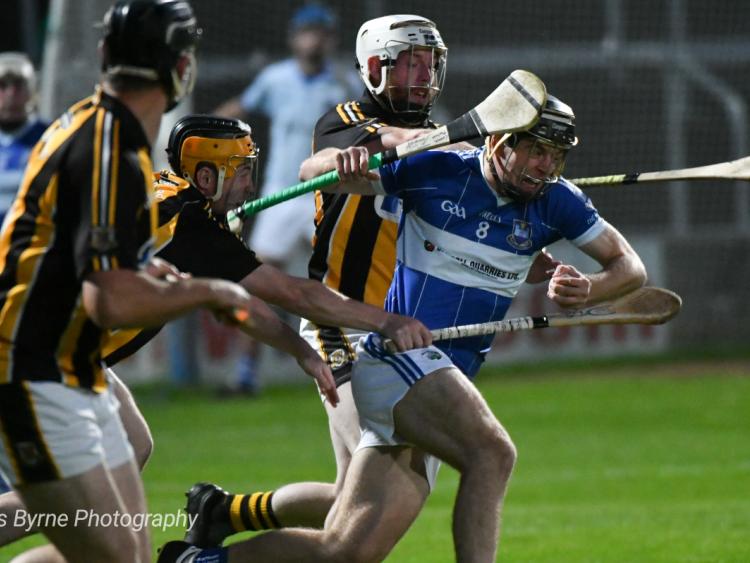 Camross staged a second-half comeback to book their place in the semi-finals of the Laois SHC after a cracking game with Castletown on Friday night.

Camross staged a second-half comeback to book their place in the semi-finals of the Laois SHC after a cracking game with Castletown on Friday night.

The reigning champions looked to be in real trouble at the interval, as they trailed by five points and were struggling against a vibrant Castletown outfit. However, they slowly but surely moved through the fears in the second half and eventually took the lead with six minutes to go, before finishing strongly to win by four.

Camross jumped off to a bright start thanks to Eoin Gaughan, who pointed with a little over 40 seconds on the clock. Ciaran Collier added another soon after and Camross quickly found their rhythm, with Castletown in contrast looking nervy in the early exchanges.

Camross took advantage of that slow start from Castletown and forged further ahead, as Gaughan registered his second and then Craig Carroll moved them four clear and they looked comfortable.

It was early days but Castletown still needed to offer some sort of reply, and they duly did, in emphatic fashion. Ryan Mullaney launched over a free from inside his own half in the sixth minute, and they were finally up and running.

Dylan Conroy soon followed that with a brace of frees before he then hit one from play to level the scores. Ryan Mullaney then boomed over another free inside his own half and John Gaughan pointed from a similar distance, from play, as Castletown were moving through the gears. Conor Phelan made it seven in a row, and they were now three ahead.

That spurred Camross to action, and Dean Delaney drilled over a shot from the right wing to halt the run of Castletown scores. Niall Holmes (free) and Gearoid Gaughan traded scores before Craig Carroll and Lorcan Burke pointed back-to-back for Camross to level the game at 0-8 each.

It was an entertaining game at this stage and it got even better in the 21st minute when Martin Phelan broke in from the right wing and shot past Thomas Dunphy from a tight angle.

Camross hit back with a point from Mossy Burke within seconds, but Castletown responded with a second goal. Ryan Mullaney’s long-range free hit the post and the loose ball was picked up by Martin Phelan. With four Camross men in closing in, a nifty bit of footwork saw him dummy away from all four before getting a shot past Dunphy, who managed to get a hurl on the sliotar but couldn’t keep it out.

Gearoid Burke hit back with a free for Camross, but Dylan Conroy and Ryan Mullaney did likewise for Castletown, Mullaney’s another huge effort from well inside his own half. The last act of the opening period came from Niall Holmes, who also pointed a free, and after an entertaining 30 minutes it was Castletown who lead 2-10 to 0-11.

Dylan Conroy pointing after just 26 seconds of the second half to get us up and running quickly, but Camross knew they needed to act and they did just that. They went on a run of four points without reply to get themselves right back into the game, as the Castletown lead was whittled down to just two.

Castletown nerves were settled by a Dylan Conroy free, and then Holmes (free) and Martin Phelan swapped points, but Camross were undoubtedly building momentum now. Holmes nailed another free and then Mossy Burke somehow got a point from down in the left corner to get them back within just one with 15 minutes to go.

Castletown just couldn’t create any decent scoring chances at the other end as Camross had upped the intensity, and they eventually took the lead. Eoin Gaughan drew them level before Craig Carroll got his third of the game to give them a narrow advantage.

Niall Holmes then landed his sixth free of the game and gap went out to two with one minute of normal time left. Castletown remained bereft of ideas in attack, and Camross tacked on two more scores before the end through Eoin Gaughan and Darren Gilmartin to book their place in the last four.