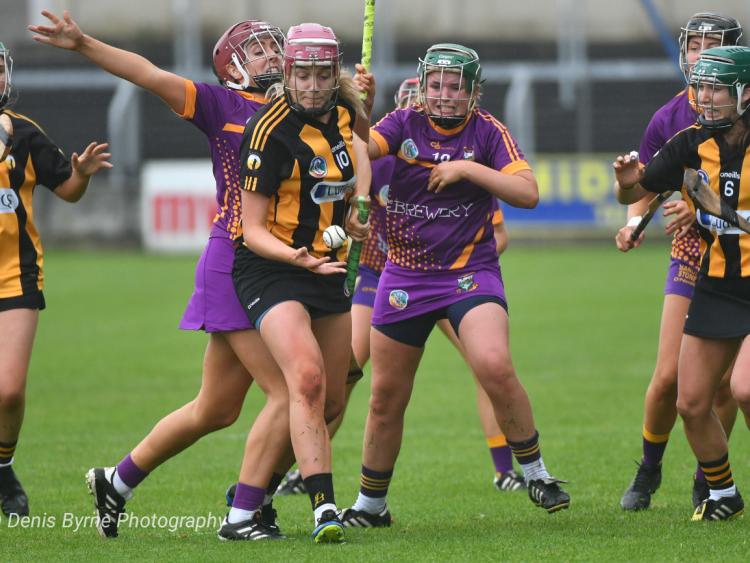 Camross are the Laois Intermediate Camogie champions once again after they finished with five points to spare over St Brigids in the decider at O'Moore Park, meaning both the Junior and Intermediate titles are headed back to Camross this evening.

With playing conditions somewhat settled after the opening game and the rain holding off, Camross settled the quickest.

A Kirsten Keenan free in the opening minute set them up and running in O'Moore Park, before Sarah Ann Fitzgerald followed with a free of her own shortly after to double the Camross advantage.

After a ten minute scoreless period ensued, allowing the teams to get to know one another, before Fitzgerald sent over her second free on 17 minutes.

St Brigids opened their account a minute later with an excellent point from Shona Jones to set them away, although Camross went up the opposite end and added another two to the scoreboard through Aoife Burke and a Keenan free.

A long range Tara Corrigan free was returned by Keenan, but St Brigids hit the next two through Eimear Guidera and a stunning point from centre-back Clodagh Tynan to leave two between the sides with two minutes to go until half-time.

Sarah Ann Fitzgerald and Corrigan traded frees in the final minutes of the half to send Camross in leading by two points, 0-7 to 0-5.

The first goal of the game arrived two minutes after the restart when Kirsten Keenan's initial shot was saved by Laura Dunne, but Sara Cuddy was on hand to slot home the rebound.

St Brigids responded with a Corrigan free, but Camross almost had a goal directly after when Keenan was expertly denied by Laura Dunne yet again. Keenan clipped over the resulting '45 to give Camross some breathing space.

Corrigan kept St Brigids in touch with another free 15 minutes from the end, but Camross kept the Cup firmly within their sights with the next three points going their way. Keenan (free), Andrea Scully and Sara Cuddy all hit the target for the Camross cause.

Clodagh Tynan landed a free for St Brigids five minutes from time, and Corrigan another in the second minute of injury-time, but it was to be Camross' day as they did the double at O'Moore Park.