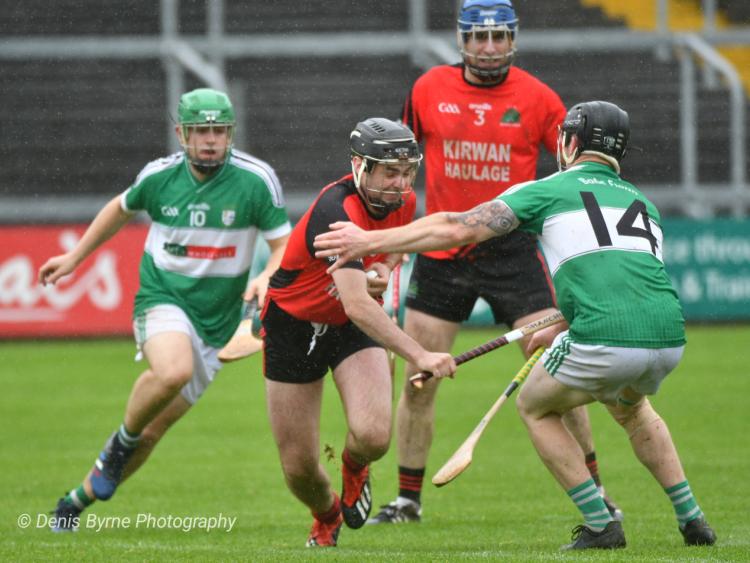 Ballyfin are a dual club enjoying a brilliant phase in their history at the moment, as their Senior ‘A’ hurlers booked a place in the last four of the competition thanks to a fine victory.

Shanahoe made the more positive start to proceedings, as they opened up with the first two points. Rhian Bergin slotted over a free, before another Bergin, Dayle, fired over a second.

Ballyfin settled though, as David Connolly, the captain, led by example to get his side up and running, and then Gareth Dunphy levelled the match.

Dunphy put Ballyfin in front after he sent over a free that the corner-forward earned. Although Martin Kirwan equalised for Shanahoe, David Connolly claimed his second point to edge Ballyfin back ahead.

Shanahoe hit two on the trot themselves to steer in front, as they hit points from Rhian Bergin (free) and Dylan Cuddy.

Great battling around the middle of the park from Darragh Connolly resulted in him earning a free for his side, and Dunphy duly converted to level it again.

The sides went blow for blow over the following few minutes, with Rhian Bergin and Dylan Cuddy the scorers for Shanahoe, and Eanna Lyons and Dunphy hitting the target for Ballyfin.

However, Ballyfin took control of proceedings towards the end of the half. A sweet ball from wing-back Louis Duff found Eamon Duff, and he found the target with ease.

Richie Downey made it a two point game for Ballyfin, and then his side had the first look at goals.

Gareth Dunphy drifted past two Shanahoe defenders before unleashing a low shot, but Shanahoe net minder Darragh Hiney did brilliantly to deny with his feet.

Nevertheless, points from Darragh Connolly and Richie Downey doubled the Ballyfin advantage. Rhian Bergin notched over a 65’ for Shanahoe to leave them trailing 0-8 to 0-12 at half-time.

Dunphy and Rhian Bergin traded scores to start the second-half, but again Ballyfin took control for a while.

Dunphy, James Finn, Eanna Lyons and Gary Hoffmeister all raised white flags for Ballyfin to put them ahead by seven, and it looked like curtains for Shanahoe.

However, Shanahoe never gave up. Mark Kirwan and Rhian Bergin (65’) left the gap at five, and although Ballyfin got the next two points through Louis Duff and Dunphy, Shanahoe grabbed a lifeline.

Leigh Bergin pointed before the first goal of the game went Shanahoe’s way. Rhian Bergin’s long-range effort dropped all the way into the back of the Ballyfin net, and the gap was just four points.

Ballyfin had a couple of goal chances to kill the game off, but they failed to convert, and thus they kept Shanahoe in the contest.

Rhian Bergin landed a free and all of a sudden the difference was just three points. That was as close as Shanahoe would get though, as Ballyfin drove it home.

Dunphy pointed twice in between a Richie Downey goal, and that meant that Ballyfin had another semi-final to look forward to, along with their first ever Senior football semi-final next week.