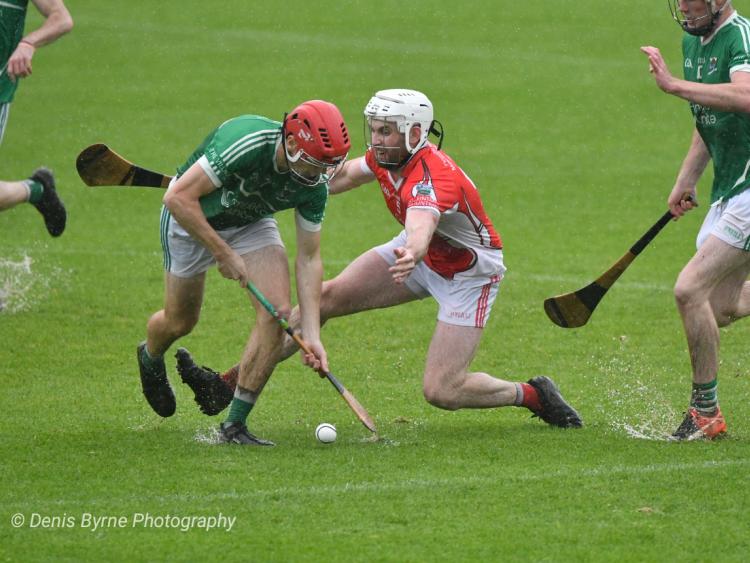 In a very one-sided affair, Rosenallis booked their place in the last four of the Laois SHC ‘A’ competition once again after an extremely comfortable win over Mountrath.

Mountrath managed just one score during the entire first half, as Rosenallis didn’t have to get out of second gear.

Paddy Keating opened up the scoring in the second of the afternoon’s triple header at O’Moore Park. Ronan Murray doubled that advantage, before Rosenallis struck for a goal.

Slick close-control from Donnagh Callaly allowed him to weave past several  Mountrath challenges before teeing up Brian Fitzpatrick, and he fired low into the net.

Rosenallis showcased their wide variety of scorers all over the field, as John Lennon, Conor Cosgrove and Brian Fitzpatrick all got in for points to bring their lead up to eight.

Paddy Keating slotted over another free, before the same man almost got in for a goal. He caught a Brian Fitzpatrick crossfield ball brilliantly, but when he let fly his shot was straight at Dan Russell in the Mountrath goals, and Russell parried away.

That didn’t stop Conor Cosgrove collecting the rebound and splitting the posts, and Paddy Keating put over another free to leave Rosenallis eleven to the good.

Keating tacked on two more points from placed ball before the end of the half, and although Jimmy Hyland finally got Mountrath on the board in between that, they looked down and out at half-time.

Normal service resumed in the second period, as Paddy Keating added another point from a free onto his tally.

Jimmy Hyland did respond with his second free for Mountrath, but Rosenallis stretched further in front thanks to four points on the trot.

Donnagh Callaly, Brian Fitzpatrick, Joe Keating and Conor Cosgrove all added their names to the Rosenallis scoresheet during this spell of dominance.

Substitute Brandon Russell got one back from a free for Mountrath, but Rosenallis soon struck for goal number two.

Paddy Keating, who was on song from placed balls all day, got in for a lovely goal. From a fairly tight angle, Keating placed the ball into the top right corner of the net, giving Dan Russell no chance.

Brandon Russell replied with a free for Mountrath, but they gave a penalty away down the other end and Rosenallis keeper Stephen Kelly scored their third goal.

Paddy Keating, Jack Friel and Walter Murphy tacked on further points for Rosenallis, before Mountrath were awarded a consolation penalty. However, Jimmy Hyland skied the penalty over the bar and that just about summed up Mountrath’s day.