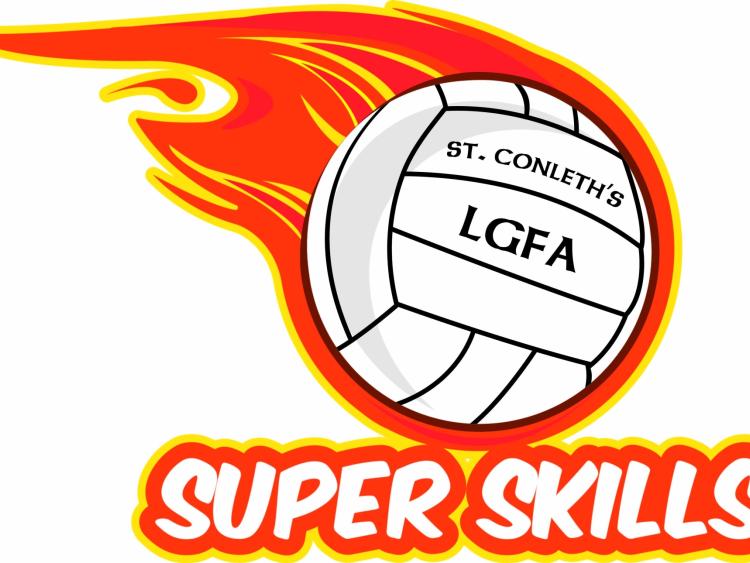 The Super Skills Competition was launched in McCann Park, Portarlington on Wednesday last with representatives from local clubs and Laois Ladies county board in attendance.

The focus of the SuperSkills competition is to provide a unique opportunity for adult teams from clubs in Laois and the surrounding areas to compete against each other in teams of four by testing their Gaelic football skills from solo running, catching, kicking, hand passing and scoring.

The competition will be scored on their speed, accuracy, skills and abilities.  Teams will be able to keep track of their scores throughout the SuperSkills competition which will take place on Saturday, 19th October in McCann Park, Portarlington.  The club currently have teams from Kildare and Offaly signed up, each hoping to become the inaugural winners of the competition.

The competition promises to be a great morning of gaelic football skills testing and networking for adult players who participate. The competition prizes reflect the serious intention behind the establishment of this unique event with winners being presented with the SuperSkills Shield and Trophy for their respective club.  The winners will also receive a team building day for up to 25 players at Portralington Leisure Centre, Technical SuperSkills winners Jersey and a training fund for their club. Runners up will also receive a trophy and a training fund for their club.

The SuperSkills Competition is supported by the LGFA in Croke park and Laois Ladies county board who are very supportive of the competition.  Ladies football has evolved significantly in recent years and the skills and abilities of players is improving all the time. The St Conleths SuperSkills competition will provide a platform for players from clubs across the country to compete against each other with the primary focus being on skills, pace and accuracy.

Teams wishing to take part should return the registration form sent out to clubs by Friday 11th of October. The entry fee is €80 per team of four. Clubs can enter more than one team. The competition starts at at 10am on the 19th October in McCann Park, Portarlington with final registration from 9.15am.

Club teams competing in the competition can register on the day, the entry fee is €80 per team of four.  Clubs can enter more than one team. Starting at 10am on 19th October in McCann park Portarlington, the club would like to welcome local clubs to support the super skills competition.