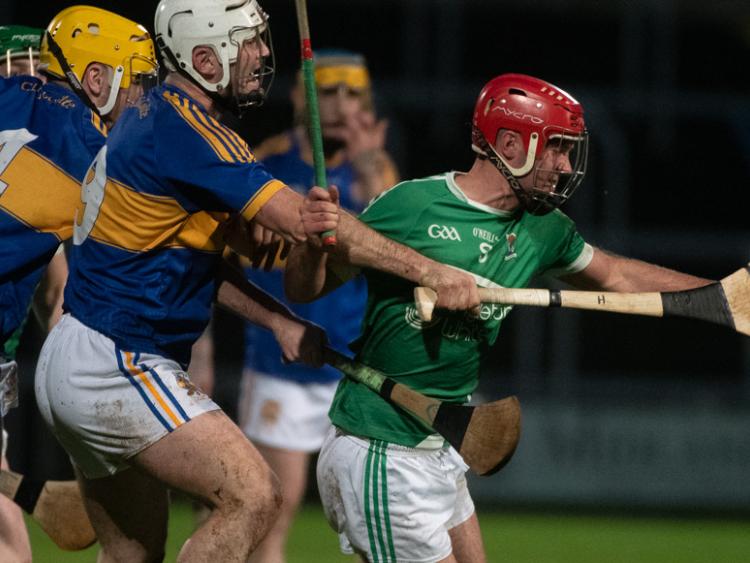 Their footballers pulled off a sensational victory last week to claim Intermediate glory, and now the Rosenallis hurlers have gone and booked a SHC ‘A’ final spot thanks to a comfortable win over Colt this evening at O’Moore Park.

Rosenallis began very brightly, as they hit the first three scores inside the first few minutes to settle any semi-final nerves. John Maher charged up from corner-back to split the posts for the first time, and then Paddy Keating and goalkeeper Stephen Kelly slotted over a free each.

Mark McDonald, who came in as a late change to the starting fifteen for Colt, got his side on the scoreboard. Paddy Keating and Chris Murray swapped frees, before Rosenallis hit 1-1 to put them in control.

Paddy Keating landed his third free of the evening, and then big Walter Murphy found the back of the net. Trouble appeared on the cards when a long ball was sent into him, and Colt failed to clear their lines. After a bit of a scramble, Murphy came out with the ball and tapped it home.

Although Chris Murray sent over a free for Colt, Rosenallis kept extending their advantage thanks to scores from Paddy Keating (free) and Jack Conroy.

Colt did have a massive opportunity to get back into the mix of it when James Keyes burst through on goal, but Rosenallis keeper Stephen Kelly pulled off a magnificent save to deny him.

Jack Conroy placed over his second score in succession for Rosenallis, and although Chris Murray landed two frees for Colt before the break, they still trailed 0-5 to 1-8 at half-time.

Rosenallis were well and truly in the driving seat when Laois senior hurler John Lennon surged up from midfield upon the second-half throw in and bundled the net with a low strike.

We had to wait another ten minutes for the next score, but it did go the way of Rosenallis as Fiachra C Fennell launched a long-range effort over the bar.

Mark McDonald grabbed Colt’s first score of the second-half, but they really required goals, even with twenty minutes left on the clock. John Lennon, who looked like he was finding his groove in this second-half, restored Rosenallis’ ten point cushion.

Chris Murray sent over a free in response for Colt, but again Lennon was proving unstoppable as he fired over another two points from play.

Paddy Keating placed over his first score from play, and then Rosenallis well and truly put the game to bed with a goal from Fiachra C Fennell, one of three C Fennell’s playing.

Substitute Enda McEvoy also got himself on the scoreboard for Rosenallis. Although Colt finished strong with Chris Murray and Enda Mulhall on the scoresheet, Rosenallis grabbed the last score through another substitute, Jack Friel.