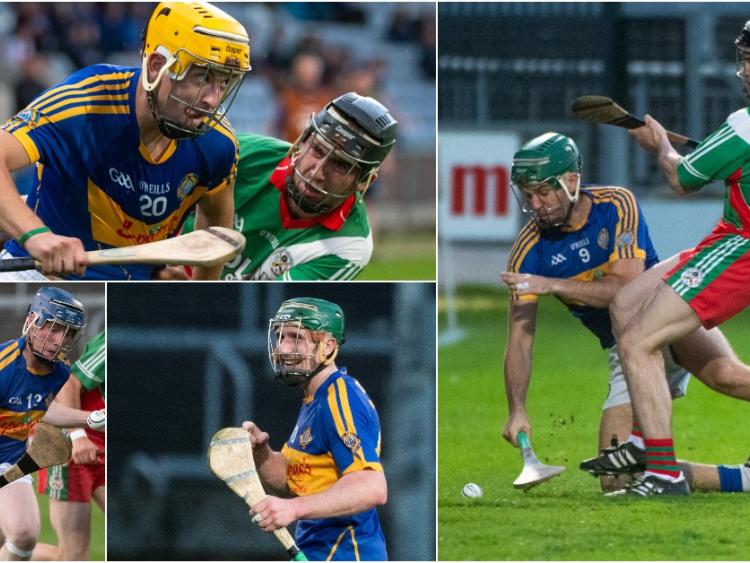 Neighbours and local rivals Borris-Kilcotton and Clough-Ballacolla will meet in the first game of today's double-header of Laois Senior Hurling Championship semi-finals at O'Moore Park.

Both these sides emerged from the tougher of the two groups, Group A, which also featured fellow semi-finalists and reigning champions Camross. Clough-Ballacolla topped the group with a perfect three from three record, while Borris-Kilcotton and Camross followed respectively in second and third position.

When these two sides met in Round 2 there was to be only one winner, an early brace of goals from Man-of-the-Match Stephen Bergin gave Clough-Ballacolla a headstart they would not relinquish as they finished with four points to spare.

Having edged Camross by two points in their opening game and then their loss to Clough-Ballacolla, Borris-Kilcotton bounced back to comfortably see off a Relegation final-destined Abbeyleix by 20 points to secure second place in the group.

Clough-Ballacolla will have to prepare without the services of two stars from the Laois hurlers run to the All-Ireland quarter-final, Stephen 'Picky' Maher and Lee Cleere due to illness. Missing players of their calibre for a county semi-final is a blow, but they have a stacked squad of players chomping to fill the void.

Borris-Kilcotton come into this tie with undeniably the most in-form forward in the county across the championship thus far in PJ Scully, he leads the scoring ranks by a country mile and it will take a serious man-marking job to prevent him adding handsomely to his tally.

Add in the likes of Matthew Whelan, Colm Stapleton, Neil Foyle, Joe Campion and the two Dunphy's and you can easily see why they're in a semi-final. Likewise, Clough-Ballcolla can call on the quality of the two Corby's, Willie Dunphy, Willie Hyland and the experience of John A Delaney.

It's going to be a close encounter, but one that Borris-Kilcotton's momentum may swing.