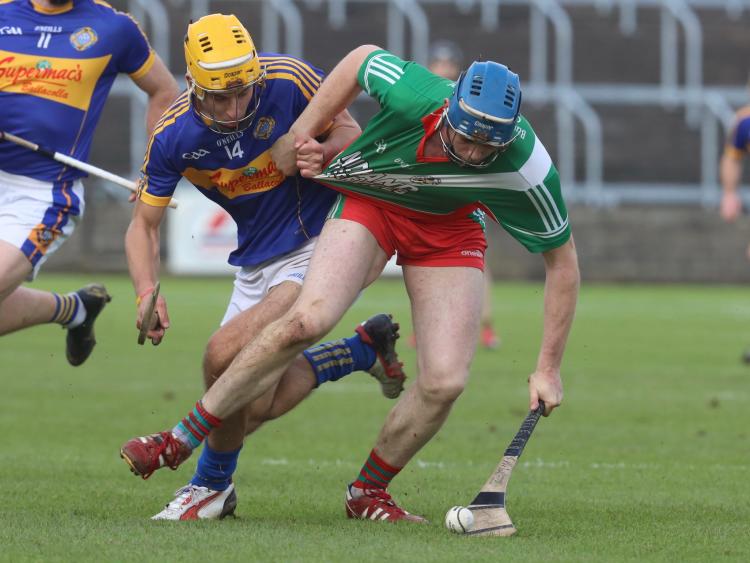 A clinical 18-point haul from PJ Scully secured Borris-Kilcotton's place in the Laois Senior hurling final over a gallant Clough-Ballacolla challenge in O'Moore Park this evening.

Clough-Ballacolla went close from the off, corner-forward Stephen Bergin firing across the goals and just wide of the right-hand post inside the opening minute of the game. Two minutes later, they posted the first score of the day through Willie Dunphy to set them away.

Borris-Kilcotton wasted no time in wiping the slate clean, PJ Scully hitting what was to be his first of seven free in the opening half. Aaron Dunphy edged them ahead directly after with a fine point off the hurl on the run, and then Scully doubled their lead with a free from the half-way line with eight minutes on the clock.

Unfazed, Clough-Ballacolla got back on top a minute later when the in-form Stephen Bergin jigged and side-stepped his way through the Borris-Kilcotton defence before firing low past Eoin Fleming for the first green flag of the day. Jordan Wlashe followed with a converted free from inside his own half to push Clough-Ballacolla two points clear.

Clough-Ballacolla continued with points from Willie Hyland, Bergin and Robbie Phelan in between a brace of Scully frees to see them lead by a goal with 20 minutes played.

Neil Foyle and Aidan Corby traded points with five minutes to go, but Borris-Kilcotton closed out the half strongly with Scully sending over three frees in-a-row to send the teams in level - 1-6 to 0-9.

Clough-Ballacolla got their noses in front less than a minute into the second-half, Willie Hyland striking his second of the game.

Borris-Kilcotton settled to hit the next three points, two Scully frees either side of a Danny Fitzpatrick point to put them back into the lead.

Clough-Ballacolla replied with Aidan Corby's second of the game, closely followed by Brian Corby's first, but Borris-Kilcotton continued to break forward with Joe Campion hitting a quick-fire brace alongside points from Daire Quinlan and Scully.

Two frees from Clough-Ballacolla substitute Picky Maher were returned by Emmett Jones and a peach of a sideline cut from Scully to see Borris-Kilcotton lead by three points with ten minutes to go.

Clough-Ballacolla managed three more points before the end, but in truth Borris-Kilcotton and in particular PJ Scully had ran them ragged at that stage and Scully hit seven more in the final stages as Borris-Kilcotton advance to the final.