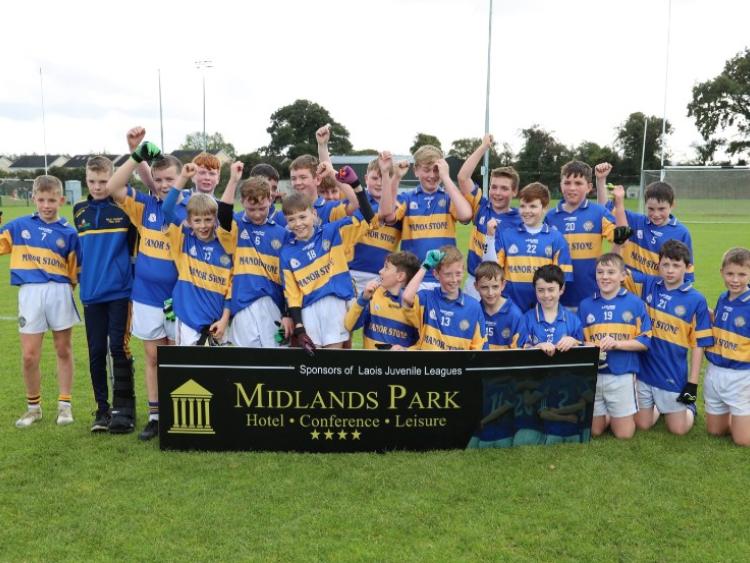 Clough-Ballacolla’s U-13 football team were celebrating winning a ‘C’ championship on Saturday afternoon, as they proved too strong for Ballylinan in the decider.

The victors were out of the blocks fast here, as Clough-Ballacolla’s centre-forward, Eoin Duggan, showed his laser-like accuracy with two excellent points from play.

Clough-Ballacolla were defending very well individually early on, with wing-back Liam Ryan’s reading of the game helping him come out with a lot of ball.

Ballylinan needed a score to settle, and Patrick O’Connor showed guts to fire over a lovely effort. However, Clough-Ballacolla responded in style, as both midfielders, James Rooney and Evan Cassin, landed a score apiece.

Ballylinan were struggling to get any possession, and Clough-Ballacolla went on the hunt to extend their lead. While the Ballylinan defence managed to keep them from getting a goal, Edward Slevin did knock over two frees for Clough-Ballacolla.

Credit must go to the Ballylinan lads though, as they never threw in the towel. They hit two points on the trot thanks to a lovely weighted 45’ from Bobby Walsh, as well as a Sean McHugh point from play.

Clough-Ballacolla would go on and grab the last score of the half though. Edward Slevin, who kicked two frees earlier in the half, showed what he can do from play. The corner-forward caught the ball sent into him gracefully, turned sharply and put the ball over the bar.

This left the half-time score reading 0-7 to 0-3 in Clough-Ballacolla’s favour, but Ballylinan were by no means out of it. Goals tend to win games, and if they could get an early one, Ballylinan would be right back in it.

However, it was Clough-Ballacolla who would have the first goal chance of the second-half. Jim Hyland found a gap through the Ballylinan defence, but Shane Baldwin in goals saved the day for his side to deny Hyland with a sublime save.

It was the Clough-Ballacolla’s keeper turn to shine down the opposite end moments later though. JJ Harford pulled off not one, but two terrific saves, as he denied Jack Julian and Dylan Brennan Kidd.

It took a while, but the first score of the second-half finally arrived, and it went Ballylinan’s way. Patrick O’Connor, who was Ballylinan’s stand-out player, launched a long-range effort over the bar to get his team to within three of Clough-Ballacolla.

That was as close as they would get though, as the only goal of the game arrived shortly after and it went Clough-Ballacolla’s way. You couldn’t fault Shane Baldwin in the Ballylinan net, as he made two great saves from Jim Hyland and James Rooney, but Rooney in his own rebound.

Eoin Duggan kicked the last score of the match for Clough-Ballacolla, as they celebrated glory. 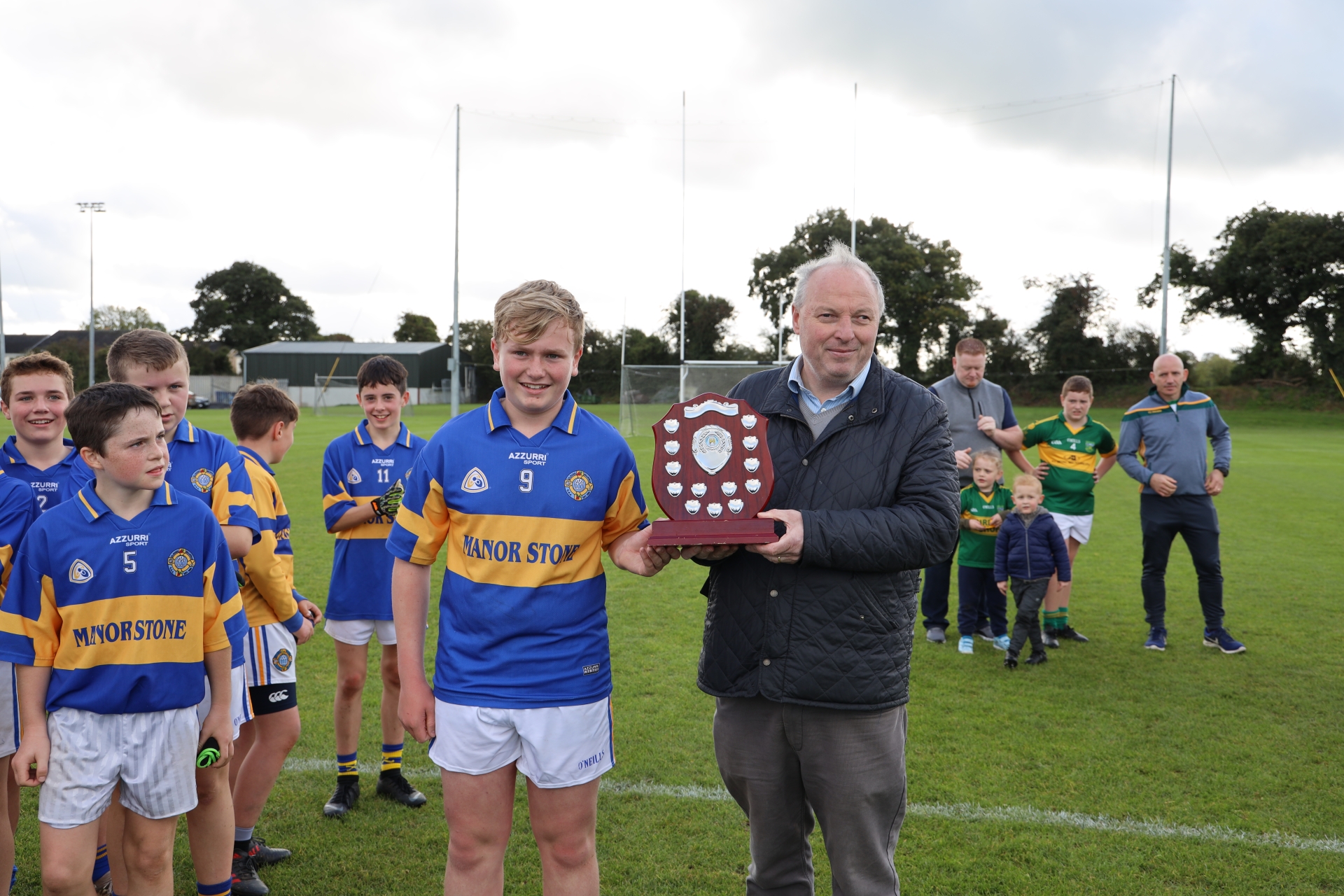