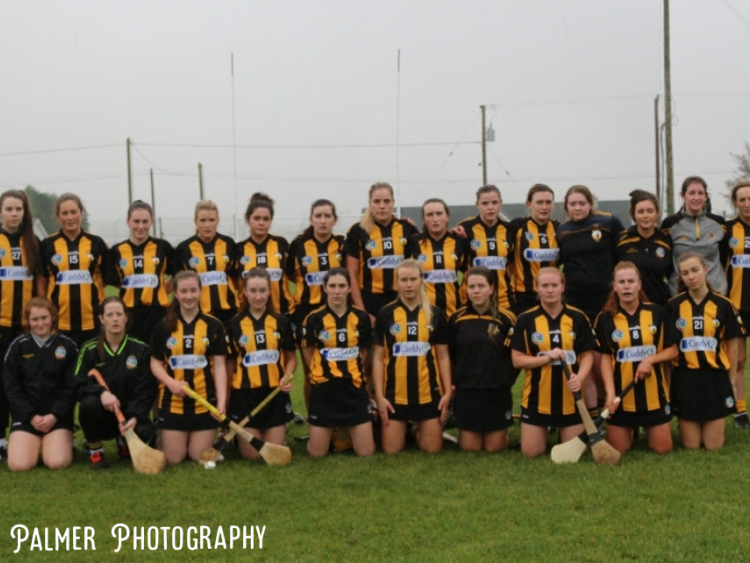 Despite only scoring three points in the second-half against a Johnstownbridge side that played a lot of it with 14 women, Camross emerged victorious in this Leinster Intermediate semi-final.

Camross couldn’t have dreamt of a better start to this clash, as their first score was a goal. Andrea Scully showed a frightening turn of pace to beat her woman, and her finish was a superb one into the Johnstownbridge goals.

The home side continued to dominate the contest, with Kirsten Keenan converting two frees to help Camross build a solid early advantage.

Johnstownbridge did get on the board through a Siobhan Hurley free, but Camross responded with goal number two. Sara Cuddy was fouled on her way to goals, and Sarah Ann Fitzgerald stepped up to bury the free past the Johnstownbridge defence.

Siobhain Hurley replied with two points from placed balls for Johnstownbridge, but Camross had a third goal soon after, and what a goal it was. When full-forward Sara Cuddy picked up the ball a distance out from the goals, there didn’t appear to be any danger.

However, Cuddy surprised everyone with a rocket of a shot into the roof of the Johnstownbridge net to send the Camross faithful into jubilation. Johnstownbridge’s Siobhain Hurley pointed the last score of the half from a free, but Camross went into the break with a 3-2 to 0-4 lead.

The second-half was a different story though. While Kirsten Keenan did fire over the first score despite being under a lot of pressure, Johnstownbridge got on top for a long period.

Johnstownbridge suffered a blow when Aisling Holton received a red card for an off the ball incident, but that still didn’t swing the momentum in Camross’ favour. Hurley and Shauna Beatty left the difference at just a goal, but Camross showed huge guts to haul themselves over the line from here.

Andrea Scully finally ended their drought, and while Hurley replied for Johnstownbridge, Kirsten Keenan fired over the insurance point from a free to send Camross into a Leinster Intermediate final.