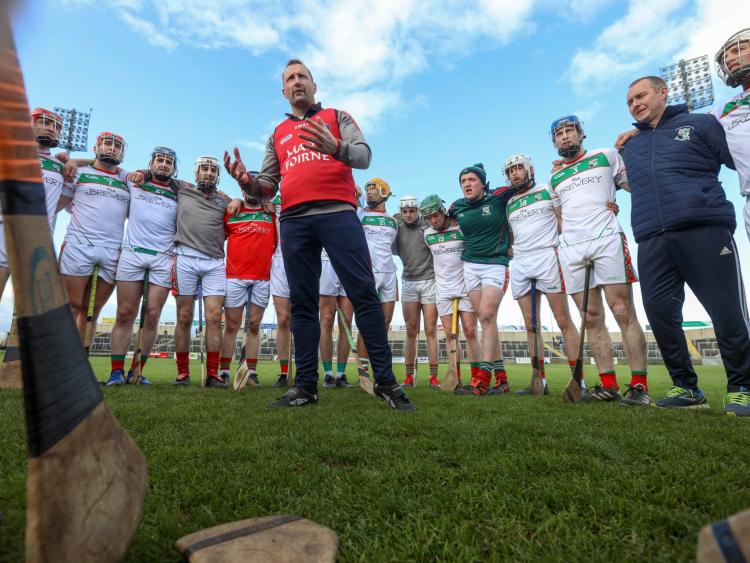 Rathdowney-Errill's season came to an agonising end in Netwatch Cullen Park today, an injury-time point from St Mullins' James Doyle sending the Carlow side through to the Leinster final where Ballyhale Shamrocks await.

It was a real tit-for-tat game throughout with never more than a few scores separating the sides, and in the end St Mullin's had enough fuel in the tank to finish with a flourish and spark celebratory scenes for the home side.

Below we take a look at some talking points from the game:

The Battle of the Kavanagh’s

For large periods of this contest it was the battle of the Kavanagh’s, with Rathdowney-Errill’s Mark Kavanagh and St Mullins Marty Kavanagh going blow for blow. Laois star Mark Kavanagh was unerring from placed balls, and also contributed four points from play which included a monster score from out near the sideline.

St Mullins' main man Marty Kavanagh was nearly as lethal, although he did miss a few frees from distance in the second-half. However, his tally of 1-9 was important in the end. Marty Kavanagh assisted the first of St Mullins’ goals to Cian Boland, and he buried the second one himself.

Possibly the winning of this match was St Mullins’ management team moving full-forward James Doyle into the midfield, where he won a mountain of ball and scored five excellent points in total. His winner in injury time took serious character because Marty Kavanagh had missed a free minute before and the momentum appeared to be going against the Carlow wide.

Rathdowney-Errill didn’t have any answer to St Mullins dominance around the centre of the park throughout, as the Carlow outfit possessed a lot of physical power.

Quality of the contest

The game was played in the right manner and that provided us with some mesmerising scores. Paddy Purcell scored the goal of the game, as he used his long legs to burst through the centre of play and fire in a stunning effort. St Mullins showed why you can’t take your eyes off the ball for a second seconds later though, as Cian Boland finished a well-worse effort.

As mentioned above, both the Kavanagh’s on either side as well as James Doyle picked off tremendous scores, Ross King also stepped up in the second-half when Rathdowney-Errill required leaders and landed two fine points.

After the spectacle of hurling that these two sides put on - broadcast live to masses on TG4 and through the various newspapers and radio stations - it was just unfortunate that one side had to come out on the losing side.

Had the game ended stalemate and required more to settle it, it may have been an even tougher pill to swallow, yet, there's not a spectator across the land that wouldn't have willingly sat down to another 30-odd minutes of excitement.

Two club sides from perceived 'weaker' hurling counties served up a thrilling game. Who said hurling wasn't thriving in this neck of the woods?

In what has been one of the most memorable seasons for Laois hurling, the club season has now drawn to a close after some spirited provincial displays. With a bit more luck, Rathdowney-Errill could have had a Leinster final to look forward to.

Rosenallis were unlucky to be drawn on the same side as the Kilkenny champions in the Leinster Intermediate quarter-final, and ultimately fell to defeat to a Tommy Walsh-inspired Tullaroan after they had beaten Longford representatives Clonguish Gaels in the previous round. Mountmellick failed to get past the Longford champions Fr Manning Gaels in their Leinster endeavours too.

The buzz that surrounded Laois hurling this year will take quite something to match, and there's not a hurling supporter in the county that isn't looking forward to next year already.

Minister of State for Finance Sean Fleming TD from Laois