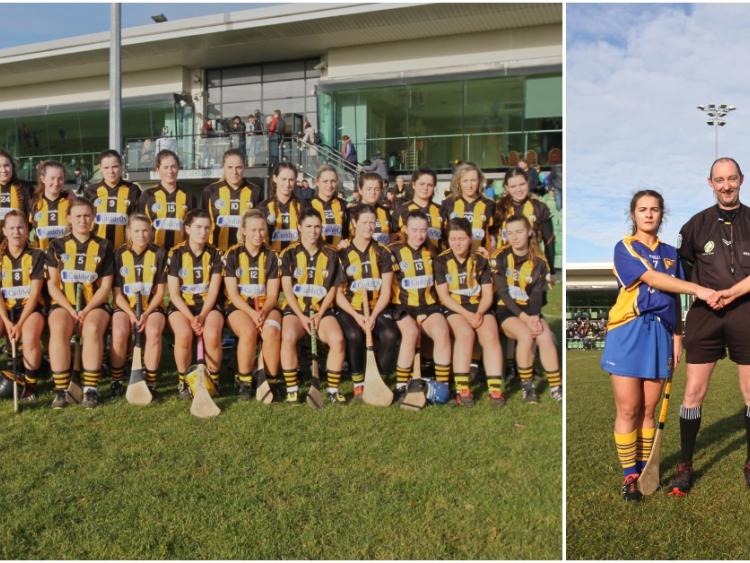 It was a fairytale year for the Camross camogie women that led them all the way into a Leinster Intermediate final against three in-a-row seeking St Rynagh’s. However, St Rynagh’s showed why they are the reigning champions with a commanding display from start to finish, and it was the end of the road for the Laois county champions, Camross.

St Rynagh’s were on the attack from the throw-in, as full-forward Siobhan Flannery was fouled and Flannery herself tapped over the free. Camross hit back a minute later though, as corner-forward Andrea Scully fired over from a difficult angle.

The two teams exchanged early wides in Ashbourne, before Siobhan Flannery did well to get out in front of her marker and pop the ball between the posts, putting St Rynagh’s back ahead.

Grainne Dolan then made her way through the Camross defence to fire over, and Kate Kenny then brushed her marker aside for St Rynagh’s fourth point.

Camross halved the deficit through their captain Sarah Anne Fitzgerald, as she blasted over a free. However, her side would fail to score for the remainder of the half, as St Rynagh’s took full control.

Linda Sullivan delicately threaded a pass through to Kate Kenny for the first of her three goals on the day, as Kenny found the top right corner of the Camross net.

Camross dropped a couple of shots short, and their opponents punished them again in ruthless fashion. Again it was the dangerous Kate Kenny, who showed ice in her veins to finish low past Camross keeper Niamh Dollard and a few defenders.

Kenny received the ball in acres of space moments later, but this time she opted to swing the ball over the bar. Flannery placed over her second free, and Grainne Dolan showcased the swagger her team were playing with by sending over another without even needing a glance at the posts.

Camross failed to clear their lines and were again punished, with Dolan delivering another under no pressure. Louise Mannion then got her name on the scoresheet, as she jinked left then right before splitting the sticks.

Flannery picked off another free, and a minute later she was fouled again and easily tapped over another one, with Camross full-back Mairead Burke receiving a yellow for her troubles.

Kenny continued to cause issues for Camross, as she turned on to her left before landing one between the uprights. Aoife McLoughlin found herself in acres of space, and duly tapped another over the bar as we approached half-time.

Flannery fired over another from a placed ball, before Kenny added to her tally as well by evading her marker and striking over. St Rynagh’s led 2-15 to 0-2 at the interval, and it was going to take a miracle for Camross to comeback from here.

St Rynagh’s Flannery almost got in for another goal shortly after but her effort bounced up off the ground and went over the bar. Kenny completed her tally for the day a minute later when she raised a white flag from an acute angle.

Flannery then picked up the ball off an Emma Corcoran sideline cut, and swung over in assured fashion. Flannery grabbed another from a similar situation, as this time Roisin Egan fed her from a free and Flannery swiftly swept the ball between the posts.

Flannery fired over another, this time from a free though. Camross began to see a lot more of the ball after that score though, but just didn’t manage to turn that possession into scores during that phase.

It was Camross corner-back Lizzie Ryan who finally ended their drought without a score, as she found herself in a little bit of room and dropped the ball over the bar for Camross’ third point.

Flannery responded for St Rynagh’s, but Kirsten Keenan converted Camross’ fourth point from a free. Flannery nailed another free, and then Louise Mannion finished things off with a fourth St Rynagh’s goal.