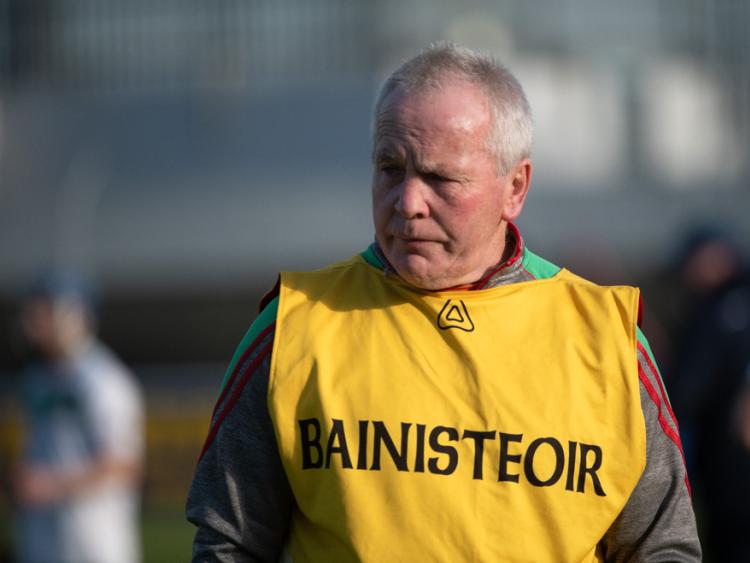 Rathdowney-Errill manager John Delaney spoke to the media after he saw his side exit the Leinster Senior club championship to a strong Carlow side St Mullins, and just like his players, Delaney was devastated at the manner of their narrow loss.

“I’m bitterly disappointed, absolutely devastated. I’m not arguing, the best team won on the day. We just couldn’t get a continuous foothold on the game. It was a fabulous game of hurling.

“Between Laois hurling and Carlow hurling, I think we’ve shown that we’re not as bad everyone thinks it is. I thought it was a super game of hurling.”

St Mullins seemed to have a response to everything Rathdowney- Errill threw at them. When Paddy Purcell buried a brilliant goal, St Mullins hit back in devastating fashion seconds later with one of their own.

“You have to credit them (St Mullins) for that. There’s no point in us giving out about it. That’s what they done, and it takes a good team to do that. They are a good team. You have to admire that in St Mullins.

“We probably couldn’t get the supply into them. It’s disappointing, but what can we do but dust ourselves down. We had a good year.

“We missed a score in the last minute. Anyway, these things happen, what can you do?”

Paddy Purcell was the man who had that opportunity to force extra-time at the very end, and despite making a bit of room, Purcell just couldn’t hit the target on his weaker left.

“Ah he is devastated. But like the goal he got in the first half, who else would get that goal?”

Despite the heartbreaking defeat, Rathdowney-Errill enjoyed a terrific year and will probably be favourites to retain the Bob O’Keefe Cup next year.

“It was a cracking year. We’ll hope we can build on this and with the young lads coming up along. I was actually down to get the paper this morning in the village of Errill and there was two lads pucking around on the street. That’s a good sign.”