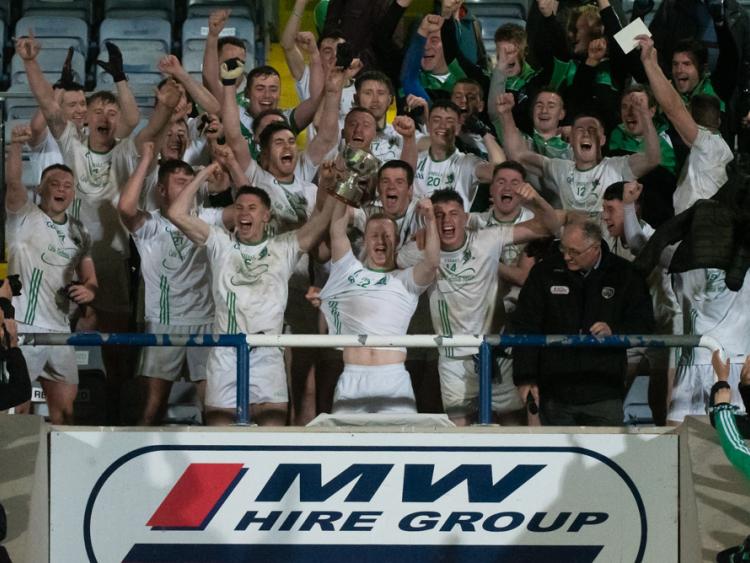 The game was originally fixed for Thomastown, but due to heavy overnight rainfall the game has been moved to the Kilkenny GAA Centre of Excellence at Dunmore.

Rosenallis were one of the stories of the championship, excelling in both codes as they claimed the Laois Intermediate football and Senior 'A' hurling titles.

The Rosenallis hurlers charge on Leinster came to an end at O'Moore Park earlier this month, a Tommy Walsh-inspired Tullaroan side proving too strong for the Laois men. With that loss behind them, attentions shifted to the big ball for another clash against Kilkenny opposition.

Kilkenny may not be known for their football teams, however, this Mullinavat side is backboned by Kilkenny senior footballers and will provide stern opposition for Paddy Dunne's side.

Speaking in the build-up to today's game, manager Paddy Dunne highlighted the importance of their loyal supporters:

“The support we have received this year from start of championship to now has been an integral part of our success this year.

“The support against Manning Gaels the last day in Longford was brilliant we definitely outnumbered the home support, So again on Saturday were calling on everyone to be out in force in Kilkenny to get us over the line and help us reach try another Leinster final.

“The support and we mention it in the dressing room gives the lads that extra boost and determination that there doing this for the supporters and there families.

“Saturday is going to be very tough physical game so we need all supporters young and old if it's your first match to go to this year we need everyone to be apart of this and be our 16th player and get us over the line.”

Rosenallis came through the Laois championship unbeaten, defeating close neighbours Clonaslee St Manman's in an ill-tempered finale that saw Clonaslee finish with 12-men on the field. Despite their numerical disadvantage, Clonaslee looked to have peaked at the right time when Cian Barrett curled over with two minutes of normal time remaining to give his team the lead for the first time.

Up stepped Mark Dunne to kick the equalising point in the first of six minutes of additional time. Substitute Joey Shelly arrived off the bench and kicked a late brace that would ultimately be the difference as Rosenallis were crowned Laois Intermediate champions.

Next up was a trip to Longford to take on Fr Manning Gaels in the Leinster Club IFC quarter-final.

After another game played in difficult wet conditions, Rosenallis advanced with a two-goal win under their belts. Cillian Callaly finished with a 1-3 haul, while Ronan Murray followed closely with 1-2 by the final whistle.

The Rosenallis players have accumulated a fair few miles on their legs by this stage of the season after their dual assault on Laois and now Leinster across the two codes. Rosenallis come into the game as heavy favourites of 2/9, and with any luck should have a Leinster final to look forward to.