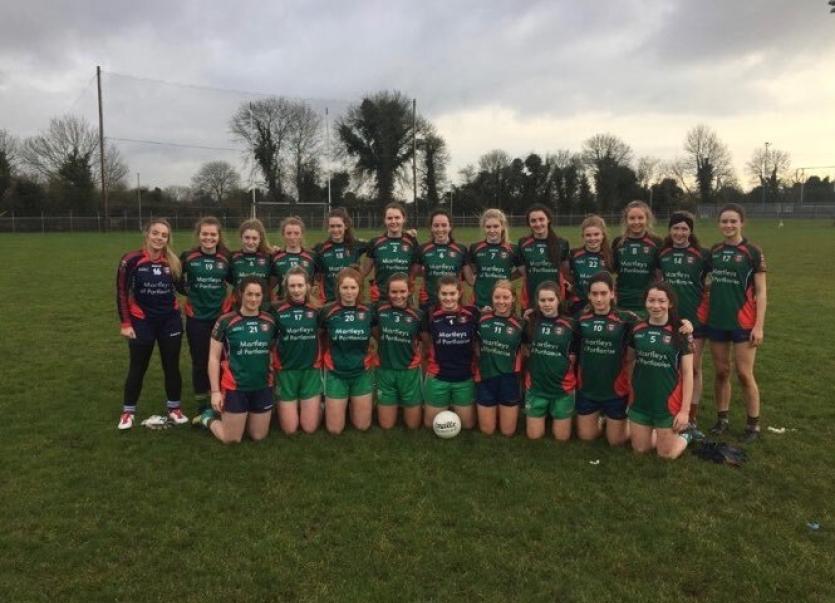 The conditions were atrocious for football, with heavy fog descending over the Offaly venue and it was very hard for players and spectators to see the action unfolding in front of them.

Scoil Chriost Ri will be disappointed with the manner of this defeat, as they competed very well for large periods of the game, but ultimately fell short.

It’s always very tough for a team to lose out in a final, though Chriost Ri could have no complaints with the outcome, as the better team won on the day.

Moate just had that bit of extra class which saw them over the line, with Aine Gaynor and Shannon Mulvihil particularly impressive.

Sarah Larkin and Leah Loughman were amongst Chriost Ri’s best performers, though Moate were always in control and they were a physically stronger side than their Laois counterparts.

Moate opened the scoring, courtesy of a free from Gaynor before a similar score from the same player doubled her sides lead.

Leah Loughman then opened the Laois school’s account, though scores from Shannon Mulvihil and Gaynor gave Moate a three-point lead.

Moate then got the games opening goal on the quarter-hour mark, as Mulvihil finished to the net from close range to stretch her sides lead to six. This goal was a huge moment in the match, as it gave Moate a healthy lead to hold onto.

Chriost Ri scored the next four points in succession, courtesy of Sarah Larkin, Ciara Crowley and Loughman (2) to reduce the deficit to two, though Moate responded with three points of their own, as the Westmeath school held a 1-7 to 0-5 lead at the interval.

Points from Larkin and Loughman after the break reduced the gap to three points, though that was as good as it got for Chriost Ri, as scores from Mulvihil and Gaynor restored Moate’s five-point cushion.

Loughman responded with a free for Chriost Ri, before Orla Hennessy’s effort made it a one-score game, with all to play for heading into the closing stages of the match.

A point from Mulvihil left four between the teams, before Aoife Dalton’s effort made it a five-point game.

Gaynor then scored the games crucial score in the 53rd minute, after an excellent pass from Sinead Robbins and that was the score that sealed the win.

The victory was secured from this point onwards, as the goal turned out to be the last score of the match.

Moate held out for an eight-point win and team captain Roisin Ennis lifted the trophy, after a very strong all-round team performance from the Westmeath school.

They can now look forward to an All-Ireland series, whilst Scoil Chriost Ri’s season is over following this defeat.