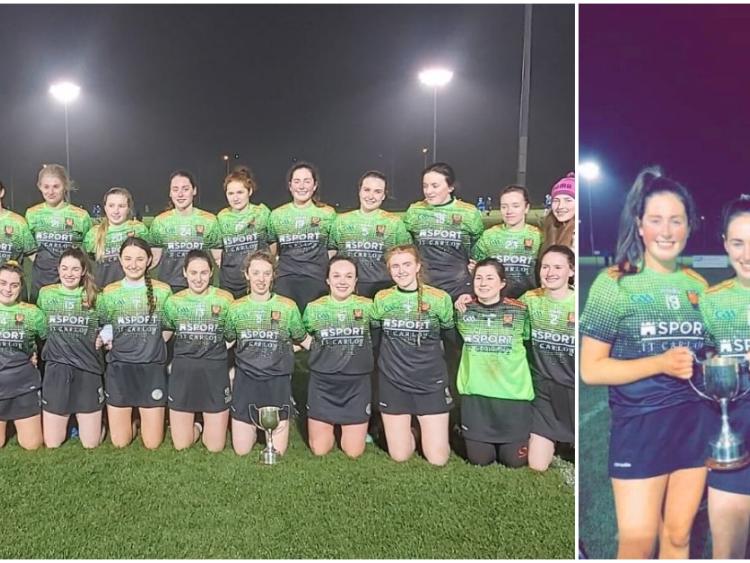 IT Carlow claimed the Higher Education Division Two Camogie League title on Tuesday evening with a narrow one-point victory over Cork IT, and there were three Laois players on the winning side.

A long range Roisin Kelly free at the death snatched the title for the IT Carlow side that featured three Camross ladies. Sara Cuddy, Kirsten Keenan and Aimee Collier - all former students of Mountrath Community School - were part of the squad with Cuddy starting at corner-forward for the eventual winners.

Camross claimed a junior and intermediate championship double back in September, defeating Portlaoise and St Brigids respectively, and now this latest title adds to their growing list of honours.

Some pictures from tonight’s @3rdLevelCamogie Div 2 League Final as @ITCarlowGAA Camogie overcame a very strong @corkitgaa team by the narrowest of margins. Well done to all players, coaches and backroom teams on this superb performance. pic.twitter.com/sz9NsZThwY