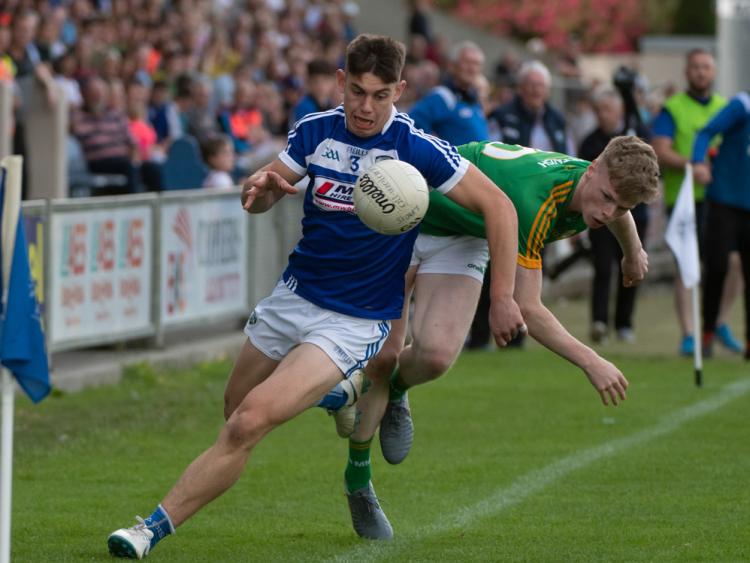 Laois U20 football boss Eddie Kinsella has named his side to host Meath in Round 2 of the John Kerins Cup on Saturday.

Laois will welcome Meath to the LOETB Centre of Excellence, Portlaoise on Saturday for their second game of the John Kerins Cup development league, hoping to get their campaign back on track after an opening round defeat to Kildare at Hawkfield last weekend.

Laois were troubled by Kildare's resolute defending and potent forward line as they fell by 13 points in their first competitive outing under former All-Ireland referee Kinsella. Saturday's opposition, Meath, got their campaign off to a winning start with an impressive 2-13 to 2-11 win over last year's beaten All-Ireland finalists, Dublin.

Kinsella has made a number of changes from the side that lost to Kildare with Niall Gorman replacing Matthew Byron between the posts, Portlaoise's Gary Saunders comes in at centre-back, Barry Howlin moves into the midfield to partner Sean Michael Corcoran while Killeshin's Ross Bolger enters the team at full-forward.

Throw-in at the Centre of Excellence is 2pm this Saturday.