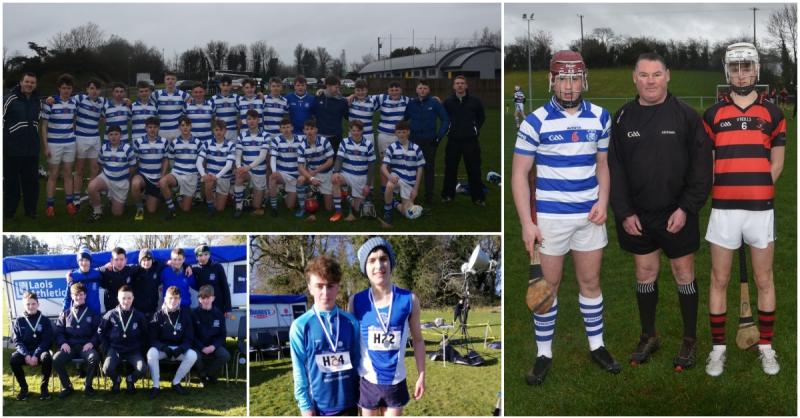 After a win and a loss in the group stages of the South Leinster Junior Football Championship, Knockbeg looked to replicate the success of their junior team of the previous year by advancing to the South Leinster final. In this game, Knockbeg were matched against a strong Clane side who had won both group games.

Although storm Brendan had wreaked havoc the day before, Knockbeg travelled to the North of Kildare to face Clane. In conditions that could only be described as dreadful, the ball was thrown in.

It didn’t take the home side long to get on the scoreboard, registering a goal in the first minute. This seemed to have knocked Knockbeg's confidence as four more points were scored without reply. Knockbeg finally got on track after a free dropped into the square was put barely over the bar by Kyle Nolan. Unfortunately, this would not turn the tide in the Knockbeg’s favour as Clane were able to add four more goals within the dying minutes of the first half to leave the score at 5-5 to 0-1 in Clane's favour.

Upon resumption of the game, Clane were able to win the throw-up and score a point from inside the 21. After some sloppy play by the Knockbeg defence, two more goals were conceded within five minutes.

Conall Bergin was able to convert a free after some good pressure from the forwards. Knockbeg were unlucky not to have a goal when Oisin Hooney’s shot was stopped by a good save and the rebound was saved by the waterlogged goal area.

Even after this sustained pressure, Clane were able to move the ball upfield and add another three points in quick succession. A dejected Knockbeg team conceded three more points before Oisin Hooney was able to convert a consolation goal and Conall Bergin a point.

It was a disappointing end to a season that had much promise after the first game. This team will be back to contest the senior championship in two years time.

Hard luck to the Junior Hurlers who were beaten by Callan CBS in the South Leinster 'C' Final on a final score of 2-12 to 1-6. 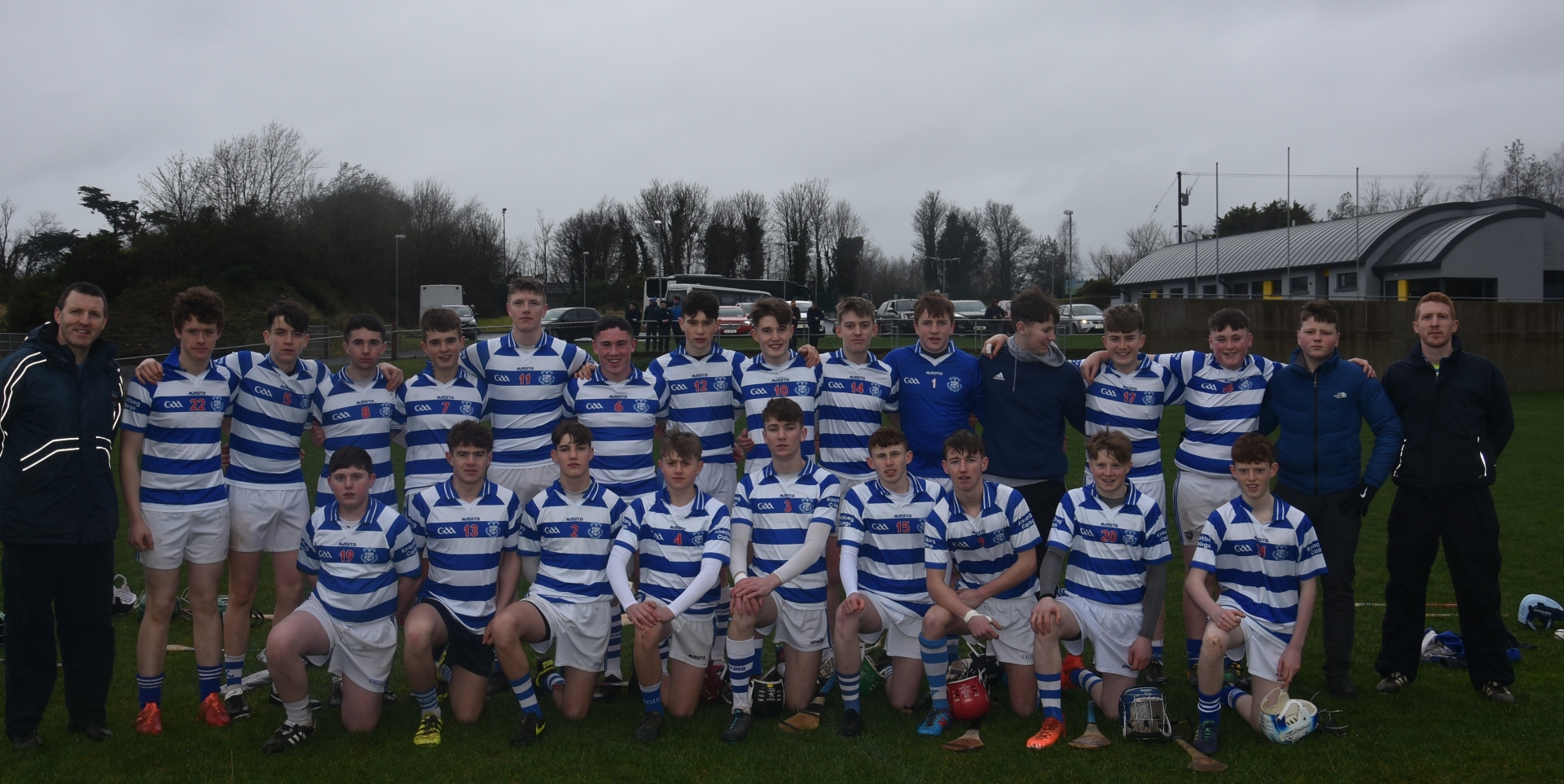 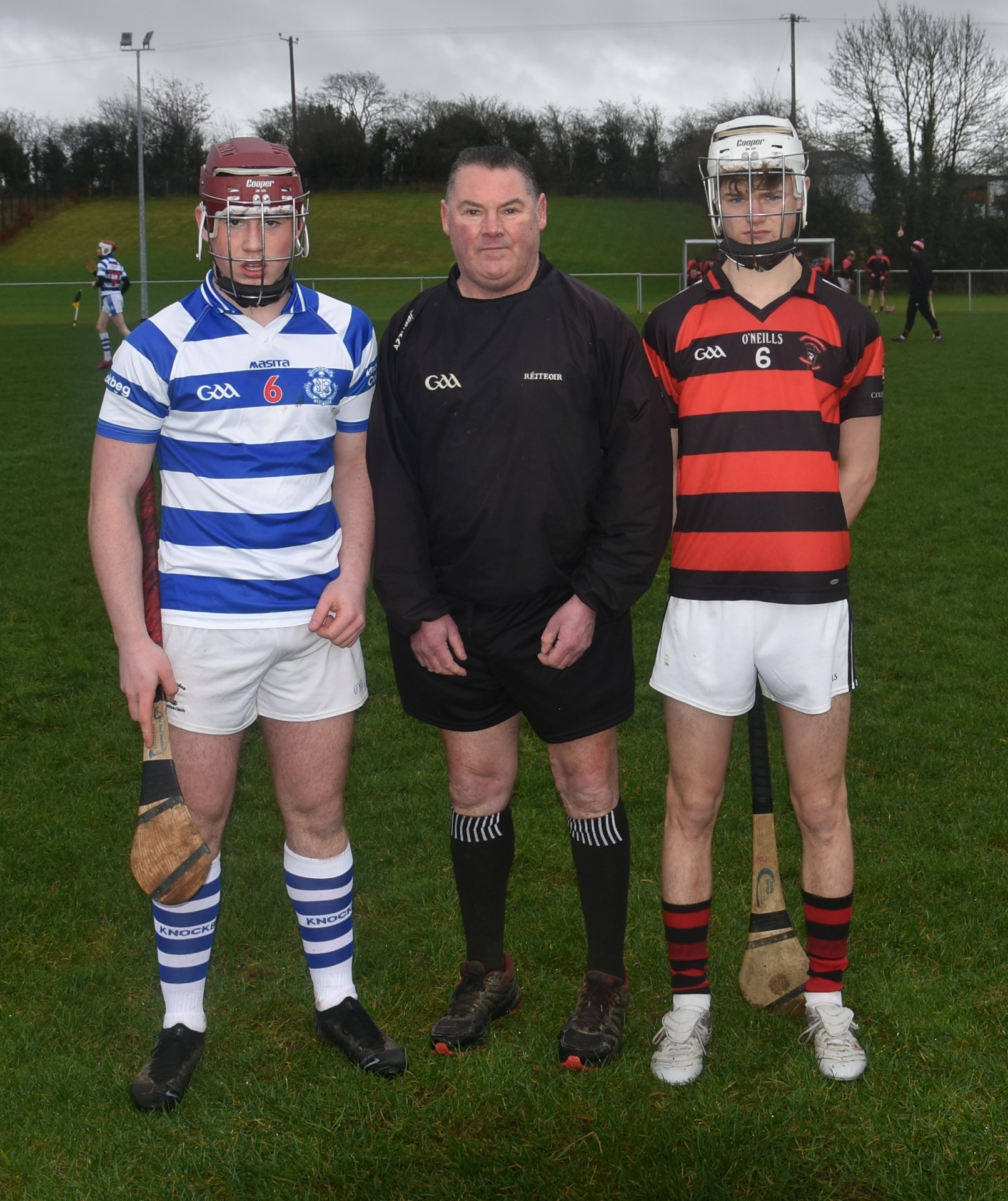 A very successful day was had for Knockbeg College at the Laois Secondary Schools Cross Country Championships at Emo Court, Laois. In fresh and sunny conditions, over 20 medals were won overall with the Minor team placing 2nd, the Junior team 3rd and the Inter team 1st.

The minor boys set the bar over 1k with Jack Milton, in what was a nail-biting finish, being pipped for first place and finishing 2nd. He left everything on the course and deserved his medal. Daniel Walsh also ran a very strong race and finished 3rd almost on Jack’s heals. Cillian Whearty and Harry Gordon ensured that the Knockbeg minor team received their well earned second place team medals.

With a slightly longer run of 2k the junior boys didn’t disappoint. Mackenzie McIvor broke away from the leading group in the second lap and came in a clear first place. Sean O’Sullivan stayed close to the leading group for the whole race and finished a strong 6th. With solid performances by Tom Hughes and Ben O’Gorman a bronze medal was guaranteed for the team. Well done also to Daniel Picovici, Darragh Loughman, Ray Glynn and Pierce O’Dwyer who performed well for the junior team.

As the distance increased to 3k the Inter boys stepped up to the mark. Darragh Kealy, Rory Gruffarty, Eoin Cawley, Lee Murray and Matthew Buggy all ran very well with notable performances by Darragh finishing 4th and Rory 8th . The whole team fought hard for places which resulted in gold medals for all.

TJ Burke, Patrick Kelly and Finn Cummins ran in the senior race over 3k. TJ was neck-and-neck with the leading group for the entire race and barely missed out on the gold medal to finish a fantastic second place overall. Patrick, who was well in contention for most of the race, finished in 5th place and Finn also put in a solid performance. Well done to all our athletes on a very successful day out at the Laois Schools Cross Country Championships. 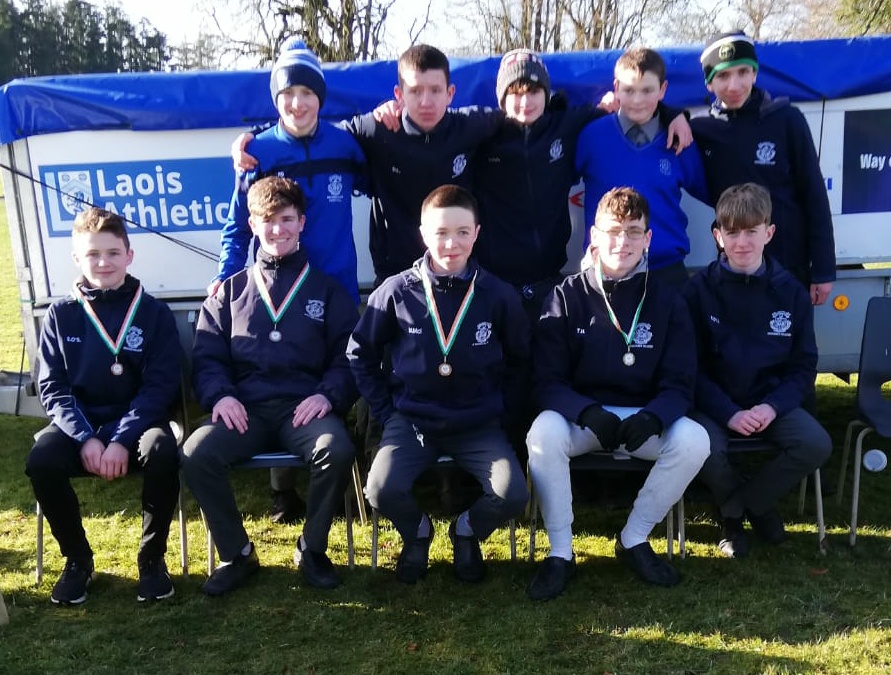 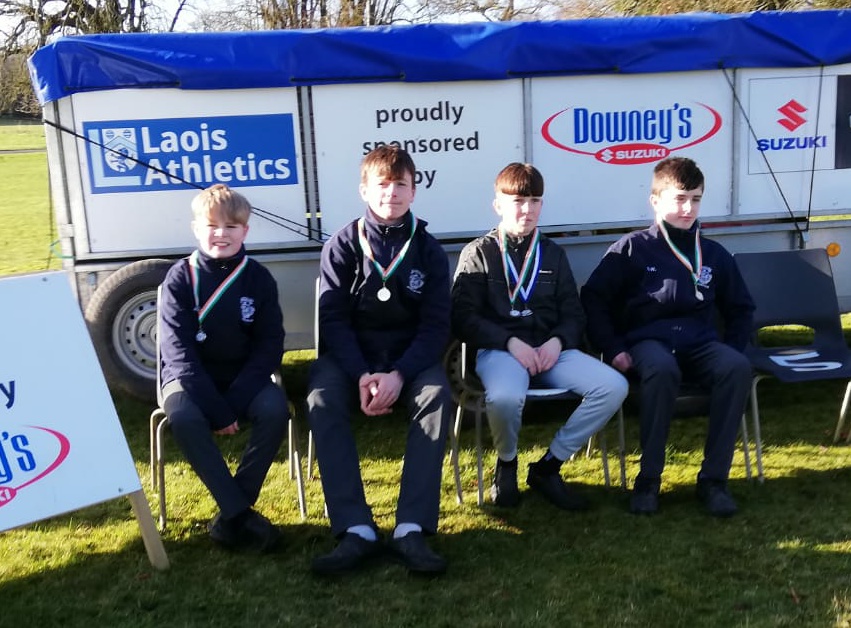