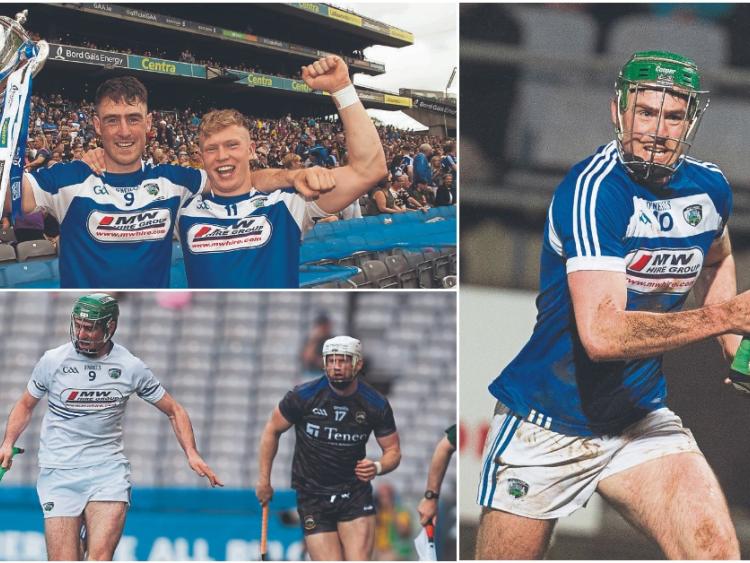 2019 was quite the year for Paddy Purcell. There wasn’t much the Rathdowney-Errill and Laois hurler didn’t achieve sporting-wise last year.

He captained Laois to a Joe McDonagh title and became the first Laois player to lift a cup on the steps of the Hogan Stand, earning plaudits from some of the most respected names in the game and was crowned Joe McDonagh Player of the Year, and then topped it off by captaining his club to a county title.

He had a longer season than most due Rathdowney-Errill’s run in the Leinster Championship, and his inclusion on the All-Star trip to Abu Dhabi in late November. He struggled with a niggly injury late in the year but is raring to go for 2020.

“I’m back fully fit again, looking out on those frosty pitches I’m not too keen about training on them, I was waiting for a text off Eddie all morning,” joked Purcell about training on a frosty Sunday morning a week out from their League opener against Wexford.

Understandably, Purcell was afforded an extra couple of weeks off due to the substantial miles he clocked up over the year.

“I was back there with the lads up to Christmas just in the gym. The break away from the field was nice, just to re-energise yourself and to get the hunger back for it again, it was a long season and I’m raring to go now.”

His expectations for the League ahead are similar to last year as they aim to peak when it matters most in the summer months.

“I suppose it is and we want to be competitive in every match, our main focus would probably be on our performance levels.

“Our ultimate goal is May and June, that’s when we want to be at our peak. You have to go through these games and see where you are and take the learnings from it and see where it takes us from then.”

Laois managed just one win in last year’s campaign as Brennan got to grips with his squad in his first year, using it as a platform to experiment and build confidence amongst the group.

“We’ve a good few new faces in this year which mean blooding them in for a couple of matches as well. You need a strong panel especially with matches that are coming down the line, we’ve four Leinster matches in five weeks against top opposition, there’s going to be heavy-hitting so you’re going to need everyone fully fit so that’s what the basis of the league.

“We still want to win matches too, we’re not here to make up the numbers either, we’re here to win next Saturday night and the weeks following that.”