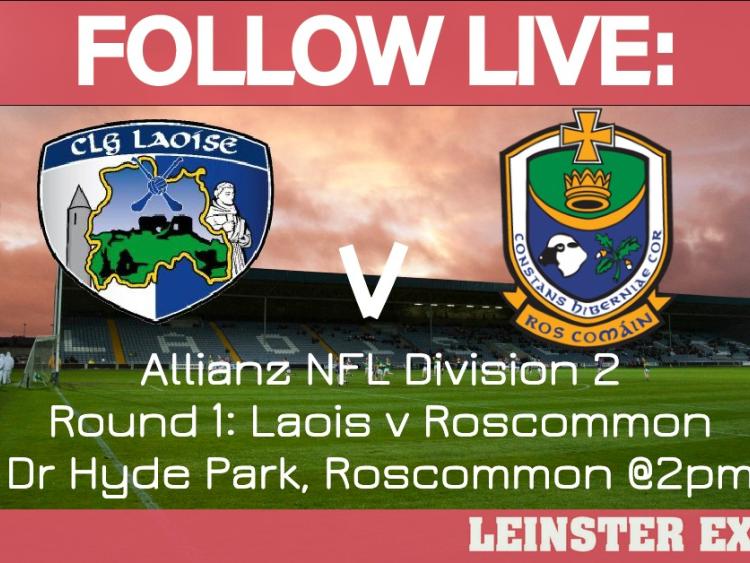 The Laois senior footballers begin life in Division 2 of the Allianz National Football League today with a stern trip West to take on Roscommon in the opening round.

Mike Quirke's first league game at the helm of the Laois footballers is down for decision today when they face the unenviable challenge of facing Anthony Cunningham's current Connacht champions in the Hyde at 2pm.

Back-to-back promotions have led Laois back to Division 2 football for the season ahead having last featured in 2016, and they'll face a step-up in class in their five fixtures in the weeks ahead.

Roscommon will be vying to make a swift return to Division 1 and are the bookmakers favourites to do so, however, they'll be without their All-Star nominee forward Conor Cox for the opening rounds due to injury.

Throw-in at Dr Hyde Park is 2pm and you can follow all the action as it happens below: