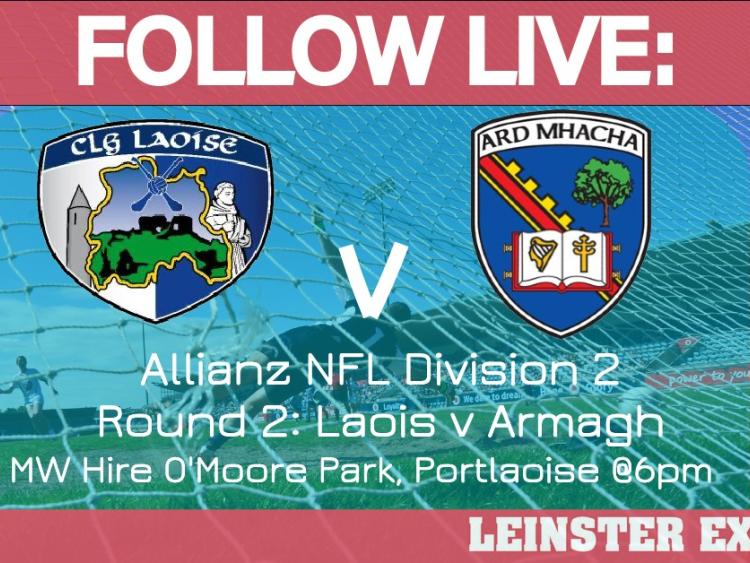 The Laois senior footballers are back in action in their Allianz National Football League Division 2 campaign when they host Kieran McGeeney's Armagh at MW Hire O'Moore Park, Portlaoise.

The counties met three times in 2016 with Laois winning on all three occasions, including the infamous Qualifiers rematch after Laois’ win was deemed void due to an extra substitute. They clashed again Division 3 of NFL in 2017 when Laois snatched a win with a point in the sixth minute of additional time.

The Ulster side will carry confidence into this evening's clash from their impressive opening-round victory over Cavan, finishing with 13-points to spare to go straight to the top of the Division 2 table. Young forward Conor Turbitt stole the headlines on his league debut with a 1-6 haul, with 1-5 of that coming from play.

Laois left it late at Dr Hyde Park in their opener against Roscommon with a late brace of goals from Evan O'Carroll and Kieran Lillis snatching a draw at the death as Laois emerged with an unlikely share of the points.

The action gets underway in MW Hire O'Moore Park at 6pm and you can follow all of the action as it happens below: