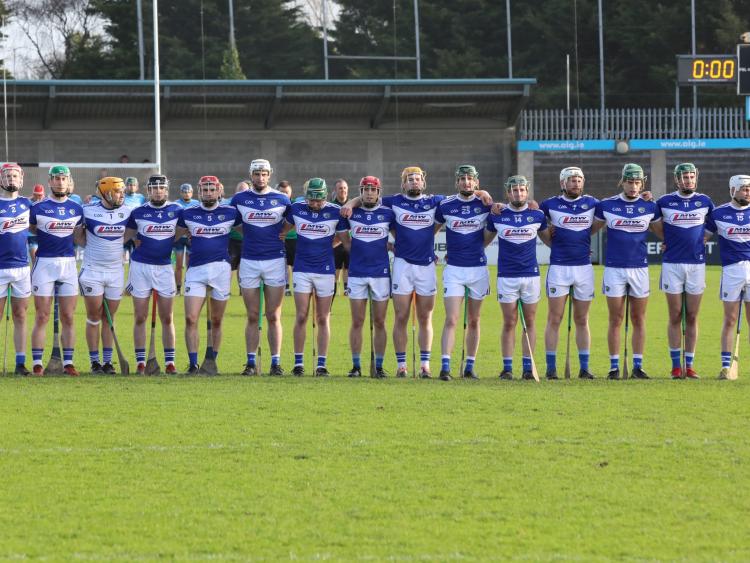 The Laois hurlers fell to their second defeat in Division 1 of the Allianz National Hurling League to a hungrier Dublin side that finished comprehensive seven-point victors at Parnell Park on Sunday afternoon.

Trailing by 1-4 to no score after eight minutes of play, the Laois hurlers battled back to get their noses in front by the 22nd minute thanks to Willie Dunphy goal. The home side closed out the half strongly to head for the dressing rooms with a three-point lead.

Laois goalkeeper and captain, Enda Rowland, kept his side in the reckoning with three brilliant saves - all destined for the same bottom right-hand corner. His usual accuaracy from placed balls evaded in his first two attempts against a strong breeze, but the Abbeyleix man stepped up to convert the third on the stroke of half-time.

Dublin added three more goals in the closing half alongside a string of points to claim the bragging rights ahead of their Leinster Championship meeting in the months ahead.

Early points from Oisin O'Rorke (3) and Donal Burke were followed by the first goal of the game with eight minutes on the clock, Eamon Dillon latching onto O'Rorke's pass to rattle the Laois net.

Laois slowly chipped away at the Dublin lead with wing-back Ciaran McEvoy, Aaron Dunphy, Ross King and Stephen Bergin all finding their range to reduce the margin to a goal. Dublin quipped back with O'Rorke's fourth and fifth conversions, but Laois continued with a lovely first-time point from Jack Kelly after Ross King had done the hard graft.

The Laois goal arrived 21 minutes in when Aaron Dunphy's goalbound shot was saved and Willie Dunphy was on hand to slot home the rebound. Paddy Purcell followed with a point and all of a sudden Laois led by a point.

Laois managed just one more point in the final 15 minutes of the half from a Rowland free as Dublin finished strong with O'Rorke, Sean Moran and Donal Burke all raising white flags to send them in leading 1-11 to 1-8.

Laois struck the first point after the restart as McEvoy registered his second, but Dublin quickly pulled out of sight. Two goals in as many minutes from O'Rorke and David Keogh catapulted the Dubs into an eight-point lead three minutes into the half.

The visitors pulled two points back when King hit the first and then turned supplier for his clubmate James Ryan.

Dublin continued to keep on top with their fourth goal of the contest with 20 minutes to go, Ronan Hayes tucking his shot into the top corner to leave Rowland with no chance. John Hetherton and David Keogh added points as Dublin pulled 10 clear heading into the final ten minutes.

Laois rallied in the final minutes to add 1-4, a brace apiece from King and Stephen Bergin, with Willie Dunphy notching his second goal of the day but Dublin were well clear at that stage and deservedly ran out seven-point winners.