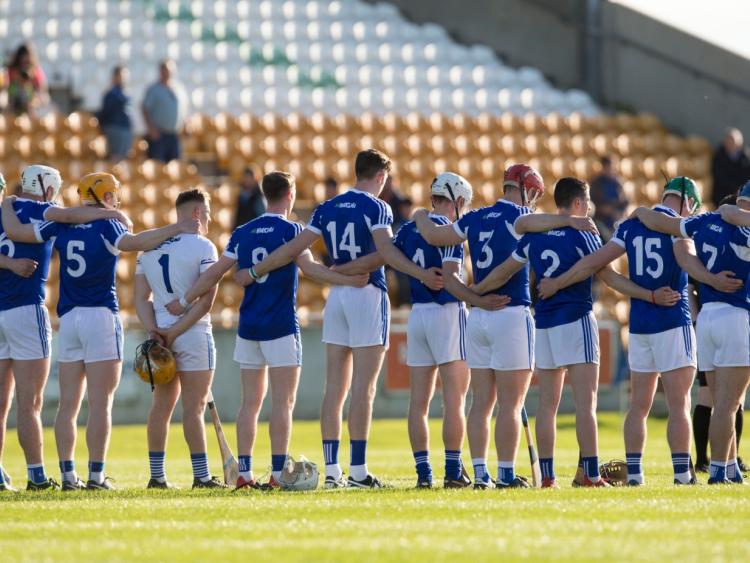 Beaten down by the unprecedented weather, Laois would also be eventually vanquished on the scoreboard as hosts Clare belied the conditions to protect their perfect start to the Division 1 campaign this afternoon.

*Coverage brought to you in association with Kelly Machine Spares

With the game firmly in the balance entering the final quarter, gale-assisted Laois appeared to have momentum in their favour, after successive points through substitute Aaron Dunphy and Ross King cut the deficit to just three at 0-10 to 0-07.

However, when needed most, Clare’s winning know-how came to the surface as the leadership of central triumvirate David Reidy, Tony Kelly and David McInerney was accentuated by a valuable five-point contribution from the bench to ensure that the hosts completed their third consecutive victory with six of the last seven points.

Storm Dennis certainly made his presence felt in Ennis with a full spectrum of weather conditions to test the sides as the brief sunshine before and after the game contrasted the relentless rain, hail and wind that dominated proceedings.

Clare had its aid in the opening period and duly set the pace to ease 0-5 to 0-1 clear by the seventh minute, thanks in the main to Tony Kelly (3).

Seven subsequent wides would halt their charge however and Laois took full advantage as points from Ross King (2) and Willie Dunphy left only two between the sides by the half-hour mark at 0-6 to 0-4.

Tony Kelly did flesh out the half-time margin to five at 0-9 to 0-4 after a late three-point blitz but with a strong gale to come, Eddie Brennan’s side would have been relatively satisfied with their position.

Unfortunately, that optimism wasn’t garnished with a much-needed goal as only three minutes into the new half, James Keyes was denied by goalkeeper Eibhear Quilligan before Willie Dunphy’s pulled rebound was somehow tipped off the line by corner-back Liam Corry.

Undaunted, Laois did have more luck over Quilligan’s crossbar through Aaron Dunphy and Ross King to leave only a puck of the ball between the sides by the 52nd minute.

However, that would be as good as it would get for an increasingly war-weary Laois who would only score one more point for the remainder as instead, a chastened Clare snatched back the whip hand.

Central to that backlash was substitute Aron Shanagher who raided for three points in a five-minute blitz while fellow replacements Domhnall McMahon and Ian Galvin also chipped in with second-half scores to ultimately alleviate any grandstand finish.

Brian Lohan’s side now have one foot in the knock-out stages but for Laois, the sole priority is to consolidate their Division 1 status, a feat that can be achieved if they can finally garner a first victory this Saturday at home to fellow strugglers Carlow.