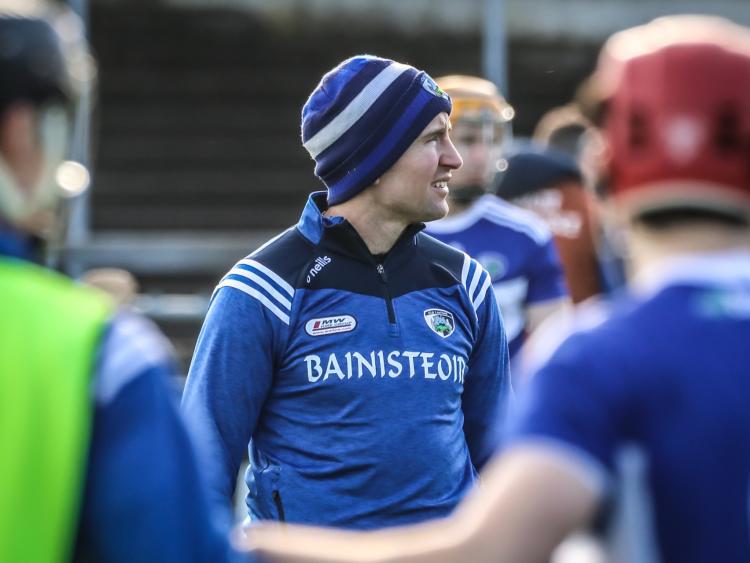 While Eddie Brennan is still flying the flag for his native Graigue-Ballycallan, such were the armageddon-like weather conditions on Sunday that for once he didn’t envy his Inter-county players as the Laois manager picked through the bones of their latest defeat at the final whistle in Cusack Park.

*Coverage brought to you in association with Kelly Machine Spares

“You always look out and say ‘God I’d love to be out there hurling’ but not today, not today. Both sets of players were slow to come out after half-time as there were players inside in the dressing rooms numb from the cold but that was the nature of it today.

“It’s disappointing. I think after the shift we put in for the first 35 minutes, you’d have said that we were in a good position to go after that match.

“But being honest, I’ve played in a few matches like that but I don’t think I’ve ever experienced anything as bad as that. At half-time, lads were just shaking with the cold and such were the elements as we saw a lot of different weather.

“Ultimately, it’s the same for both sides and it’s about getting stuck in and unfortunately we just probably ran out of steam and I think more than anything the difference was maybe Clare’s bit of hurling cuteness and hurling smarts came to the fore in the end.

"There are a lot of experienced there, none more so than their two midfielders [Tony Kelly and David McInerney] along with David Reidy. Between the three of them, they gave Clare great access in the second half.

“Unfortunately we came down here today with literally only 25 fit bodies. We lost a couple of lads early in the first half and also the second half so that possibly also came back to haunt us a small bit in terms of strategy.

"But ultimately you have to say that Clare were the better team when it came to the crunch and a couple of their key players really stood up.”

Would a postponement have been the most logical outcome considering the threat of Storm Dennis?

“The pitch was in super condition but the weather was the same for both teams and unfortunately that’s just the nature of it. Being honest, I’m glad the match wasn’t called off because having come all the way down here, it would have been disappointing to see it pulled at the last minute.”

A third defeat in a row leaves Laois battling for their survival in a new-look Division 1, with Saturday’s showdown with Carlow in O’Moore Park taking on an even greater significance at the bottom of Group B.

“It’s real championship fare and look, they are the matches that you look forward to. It’s on our own patch so we have to make that count. It’s winner-takes-all literally and we just have to get home now, get the heat back in the bodies and reset for next week.”