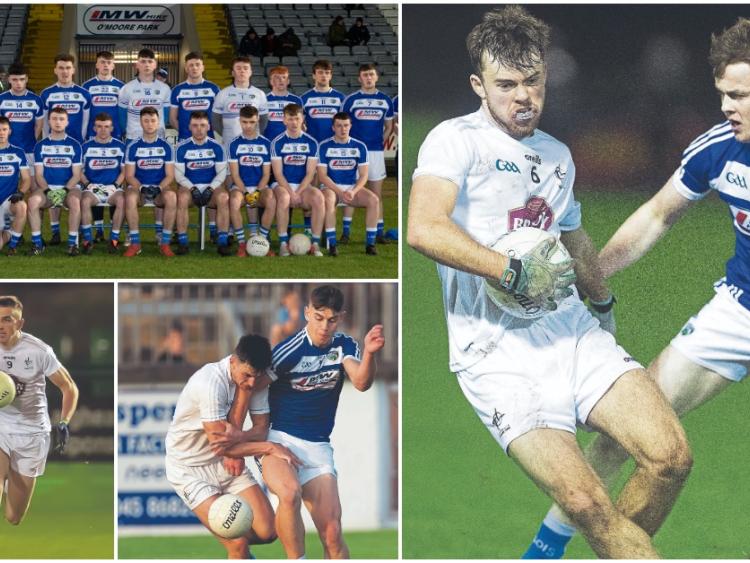 The Laois U-20 footballers go in search of a second Leinster final berth in as many years when they clash with Kildare at MW Hire O’Moore Park tonight.

Under the watchful eye of former All-Ireland referee Eddie Kinsella, the Laois U-20s navigated their way past the Westmeath challenge in dramatic circumstances on Monday night.

Having had to wait an extra two days to play the game, spectators were at least rewarded with 80 minutes of football and the novelty of penalties. It was a cruel way to lose for Westmeath, but with the semi-final looming on the horizon, somebody had to exit the competition on Monday.

The excitement of the shootout masked what was a disappointing game overall, with neither side able to force themselves on the other. Scoring was tit-for-tat and the amount of overhit passes and shots into the goalkeepers’ hands ran into double figures. Both teams led by as much as three points at various stages of the game, although only briefly.

Across the 80 minutes of action, they were level on seven occasions, three of those coming in extra time. In the end, it took a miss from Westmeath substitute Tommy Ryan to send Laois into the last four, after Mark Barry, Ronan Coffey, Jack Owens and Damon Larkin had all found the net for Laois.

24 hours after lining out for Mike Quirke’s Laois squad in the National League defeat to Cavan, Kinsella sprung their senior star, Mark Barry, from the bench and the talented O’Dempsey’s man made his presence known on the field with a fine display.

Kildare have benefited from the availability of DJ Earley, Darragh Kirwan and Shane O'Sullivan from the Senior squad ahead of the Championship. For Laois, neither Barry nor Sean O’Flynn (who hobbled off injured against Armagh) feature in Kinsella’s named team for tonight’s showdown.

It’s a result that was extremely fortunate as Offaly led 0-6 to 0-2 at the break and if it wasn’t for Shane O’Sullivan’s wonder goal in the 42nd minute the result could have been very different, but Paddy McDermott was the Kildare hero with his stoppage-time point getting Gay Campbell’s charges over the line.

Kildare have had a productive year to date, winning their opening Championship game and reaching a League Final where they defeated Laois by 13-points in the opener along on the way.

They met in Round 1 last year where a Diarmuid Whelan-inspired performance propelled Laois into the next round while sending the home side and reigning All-Ireland champions crashing out at the first hurdle.