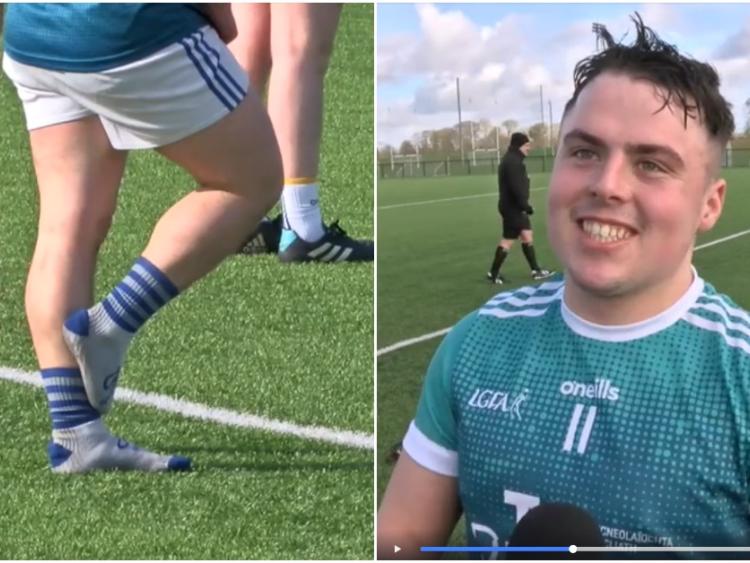 "Are you allowed to play just in your socks?!"

That was the question well-known GAA videographer Jermone Quinn aimed at Laois native Jim Leech during the Hurling Sevens in Abbotstown during the week.

Hailing from Wolfhill and a son of Leech's Pub, the Ballypickas hurler and St Joseph's footballer decided to ditch his football boots while lining out for the TU Dublin hurlers in the seven-a-side third level competition held at Abbotstown. 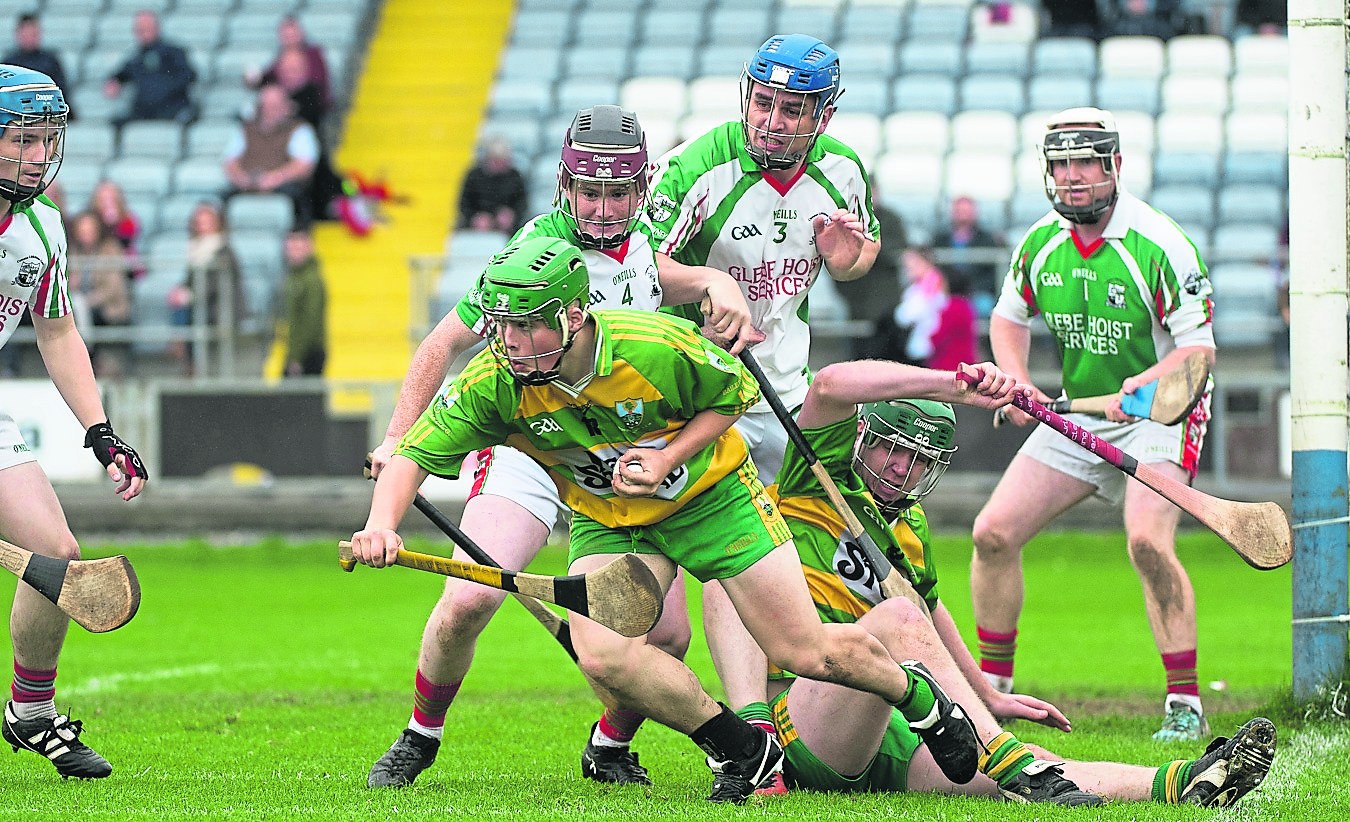 *Jim Leech in action for Ballypickas against Rathdowney-Errill in a club championship game. Photo: Denis Byrne

"I wasn't facing the blisters after the match so I said I'd take them off," explained Leech after the game.

"The feet were getting sore and it's a grand astroturf so I said I'd play in my socks."