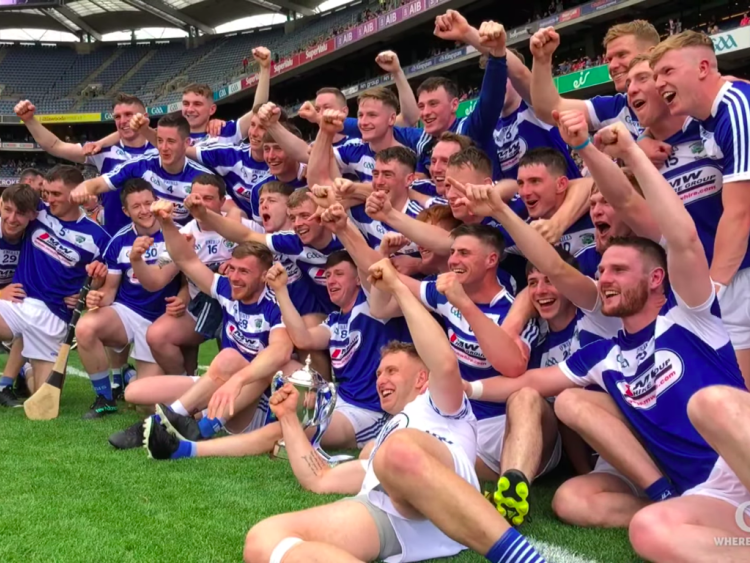 Laois will not be relegated from the Leinster Senior Hurling Championship this year thanks to a motion passed by a big majority at the GAA's Congress in Croke Park.

Delegates backed Motion 59 which was proposed by the Leinster Council at this weekend's gathering in Dublin.

The motion proposed that there will be no relegation from the Leinster senior hurling championship. As a consequence, the championship will have six teams competing in 2021, with the winner of the 2020 Joe McDonagh promoted - if not a Munster team.

This motion also proposed a movement between the tiers that will result in six teams competing, not only in the Leinster Championship for 2021, but also in the Joe McDonagh, Christy Ring, Nicky Rackard and Lory Meagher Cups.

The motion passed comfortably with a 'Yes' vote of 95%.

Laois, Westmeath and Carlow GAA delegates backed the motion. The three counties have been to the forefront of the Joe McDonagh Cup since its inception.

Carlow GAA Chairman, Sean Campion, spoke in favour of the motion. Carlow qualified for the Joe McDonagh in 2018 but were relegated in 2019.

"If we persist with the grade as it is, we're ending up with a yo-yo situation where teams are going up and down. You need at least two years at the highest level to improve. We want to Leinster Championship to increase to six teams and that this year there would be no relegation and the Joe McDonagh champions would be that sixth team for 2021."

Offaly GAA Chairman and The Sunday Game pundit Michael Duignan also supported the motion. Offaly are competing in the Christy Ring Cup in 2020 after relegation from the Joe McDonagh in 2019.

"It's a fantastic opportunity for those players and they need a couple of years to adapt to that level, that pace. We would strongly support the motion," he said.

Full motion as published on the GAA website:
This motion proposes to change the promotion and relegation structure between the various tiers of the All-Ireland hurling championship thereby 'balancing' the number of counties playing in each tier. If the motion is passed, the following would come to pass