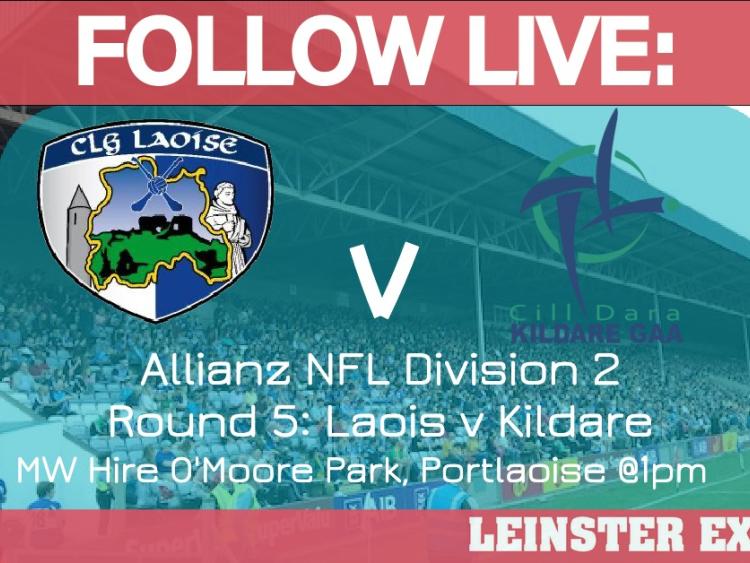 A day later than scheduled due to the effects Storm Jorge, the Laois footballers take on old foes Kildare in a crucial Allianz National Football League clash at MW Hire O'Moore Park today.

For Mike Quirke's men, they sit one place above Kildare in the League table in fourth position on five points with two wins, a draw and a loss. In contrast, Jack O'Connor's Kildare are joint bottom of the table on two points alongside Clare and Fermanagh.

They won their opening game against Fermanagh, but have since lost three on the hop to Clare, Armagh and Roscommon. A win today would ease their relegation fears, while a win for Laois would put them right in the mix for promotion with two rounds left to play.

The game gets underway at 1pm and we'll have live updates as they happen below: