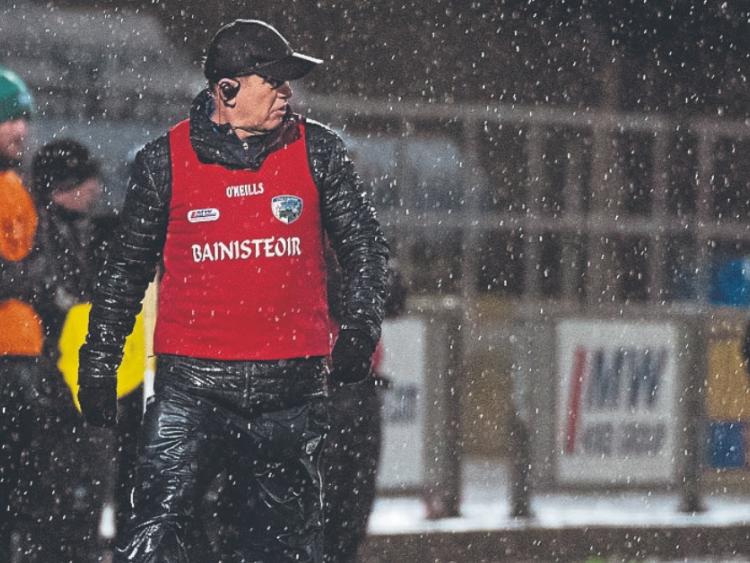 After stepping down following a successful stint at his own club, Courtwood, former All-Ireland referee Eddie Kinsella is now hoping to guide a talented group of young Laois U-20 football players to a first Leinster Championship at any grade since the U-21 team in 2007.

Speaking ahead of Laois’ second consecutive Leinster U-20 final clash with Dublin, Kinsella explained how he wasn’t worried about the early defeats in the league.

“We hadn’t a whole lot of training sessions together before the league. We had a lot of players out for different reasons. We started off poorly against Kildare, but as the league went on there was always a slight improvement shown every game, and this is why I wasn’t pressing any panic buttons at all.

“We got the timing right I’d say with regards to Championship. That was our goal. I think we’re improving every game still, even in the Championship. I think we were even better against Kildare than we were against Westmeath, and hopefully we’ll make that little step up against Dublin as well.

“If we can pull it off next Friday, I think it’ll be massive. The reason why I’m saying this is because I think these lads have never played in Croke Park before. To get them into Croke Park for an All-Ireland semi-final would be a dream and would also progress these young lads for senior management, whether it be for next year or the year after.

“I don’t like naming any individuals, but I could say that Mike Quirke could turn his head to maybe ten or eleven of this team and say; ‘you could do a job for me here’. Getting to Senior football will probably take a year or so in regards to strength and conditioning, but we’re on the right track.”

The first-half performance in the semi-final against Kildare was one of the best a Laois team has produced in recent years.

“We were against a hurricane, you could say. I thought we defended brilliantly from the full-back line through to the half-back line, and the lads who chipped in the first half. They kind of came back in a little bit deeper than we would have liked, but that was kind of in the plan.

“I can tell you, Kildare are a quality team though. I know we beat them by six points, but we knew coming into this match they were a fine side, so I was so happy with that win. I’m not saying I wasn’t confident going into the game or anything, but at half-time I kind of felt good. I knew the quality we were playing, and we kept them quiet all day.”

Dublin, as always, boasts a strong team, but Kinsella does not believe Laois should be overwhelmed by them either.

“I don’t really like too much concentrating on the opposition. I went to see the semi-final and listen, they’re a fine outfit. It’s Dublin like at the end of the day, they’re a good team. I think they could be beatable though. I honestly believe this and I only spoke to the boys this morning. There are gaps, I think, there, and we need to try and make the best of them. Obviously there’s quality all over the field but we’ll see what happens.”

Kinsella will hope that a large Laois crowd travels to Netwatch Cullen Park, Carlow, to cheer on the Laois team aiming to lift Leinster glory.

“It’s in Carlow, so that’s nearly Laois! The more support we have in your home venues, the better. It could get you over the line by one or two points. In fairness to the people that did turn out in horrendous conditions, we have to thank them very much.

“Hopefully they repeat that Friday night with more because half the county is only fifteen minutes away from Carlow, so why not? This will be very important to these young lads if we can get over the line.”