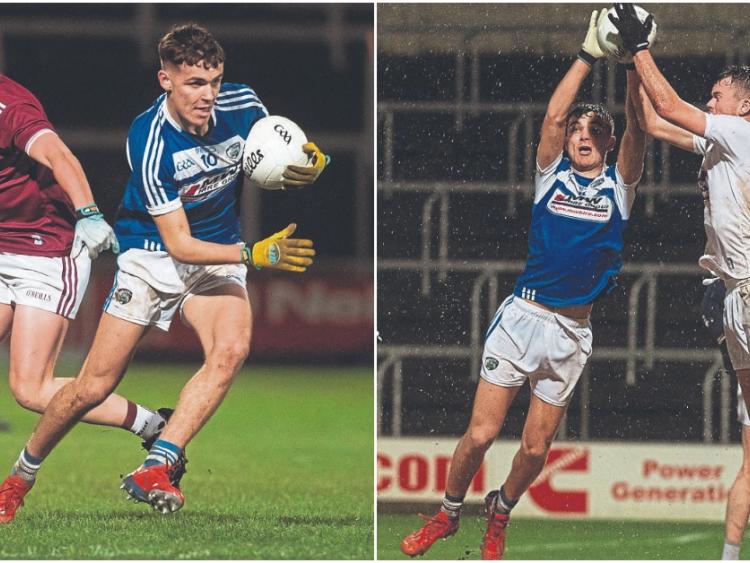 Portarlington’s Ronan Coffey was one of Laois’ stand-out performers in their run to the Leinster U-20 final last year, and he has continued that form into this year’s campaign as well.

Coffey was named captain by manager Eddie Kinsella at the start of the year, and has demonstrated all the right leadership qualities up to now as they go in search of redemption.

“Eddie made me captain probably two months ago and it was a privilege at that. For the Leinster final on Friday, I’m captain, but there is fifteen leaders in this team.

“We’ve all grown up with the same teams all the way up. I’d say there’s probably two that are below the age, the rest of us are all of the age. We’re all leaders and there’s obviously two senior boys there as well. It’s a privilege and I just can’t wait now,” admitted Coffey.

Coffey was one of eight players who played in the Leinster U-20 final defeat last year, and they will hope to use that as a learning curve for the match on Friday.

“There’s a lot of experience there. A Leinster final is a massive occasion, but I think last year we kind of got caught up in it. This year we’re all probably a year wiser and eight or nine of us played there last year, and there’s only one (from Dublin) of them from last year. We can’t wait now.”

Laois have had a number of successful All-Ireland winning Minor teams in their past, and they will hope to use them as a form of inspiration ahead of the chance to bring home silverware again.

“The whole way up I’ve been going with friends to matches. Laois is everything. You look at the Minor All-Ireland winners in the 90’s, they are inspiring us and I’m just delighted we’re here again with a chance to win something.”

Last year Laois were taught a ruthless lesson by Dublin, and they will hope to return the favour this time around.

“We came in last year and we were after winning every game and we thought we were going to beat them (Dublin) well. We believed in ourselves that we were going to do that, and they sort of steamrolled us in the end. Thirteen points is a big win, so this year we’ll be back, don’t worry.”

Laois looked in trouble against Westmeath in the opening round, but showed gritty determination to take the game to penalties and snatch the victory.

“We’re such a tight-knit group. When we went three points down against Westmeath in that weather, everyone probably wrote us off. We never did.

“Ten minutes to go, we were against the wind and came back. We kept fighting and fighting. Obviously, with the penalties there was a bit of luck, but we still stuck them away and here we are.”