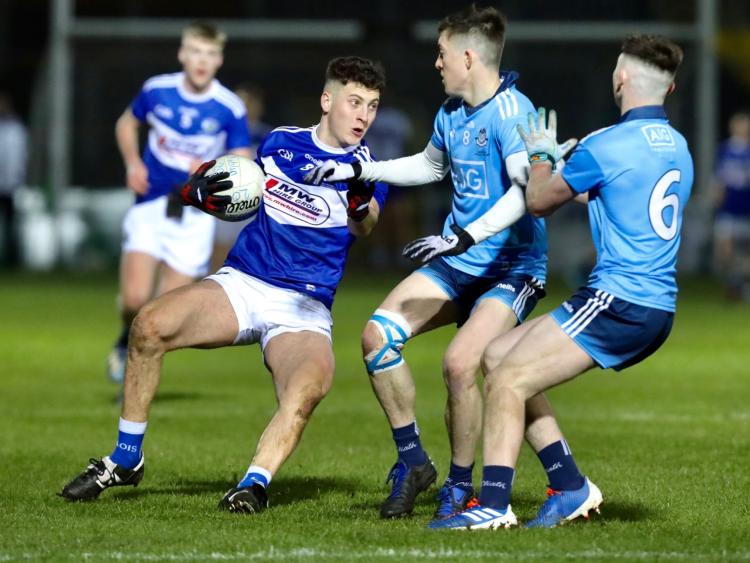 Dublin collected their second successive Leinster U-20 football crown at Laois's expense with a disappointing ten-point loss in the decider at Netwatch Cullen Park tonight.

Eddie Kinsella's young Laois side put in a valiant effort in a game they chased for the majority against a physical Dublin side littered with pace and power.

Laois got off to a dream start in Netwatch Cullen Park, rattling off the first three points of the day to put them in pole position in the early stages. Captain Ronan Coffey sent over the first of the day in the opening minute, converting a free from close in. Coffey followed up a minute later, again from a free, after his clubmate Darragh Galvin was fouled 35 metres out.

Three minutes in and the Laois lead was out to three after goalkeeper Matthew Byron, son of Laois great Fergal, came forward to nail a free from the 50-metre line and compound their impressive start.

It didn't take long for Dublin to find their range and it rarely wandered, finishing with a total of just three wides in precise performance. Tom Gray's men hit the next three to tie the proceedings, Lee Gannon setting them away with a long-range effort before Byron was called into action to deny Kieran McKeon from point-blank range.

Dublin continued with Gannon adding his second in quick succession before the sole survivor from the 2019 final and scorer of 3-8, Ciaran Archer, opened his account after a clever one-two pass opened up the Laois defence.

Laois settled and re-took the lead when Byron jogged forward to convert from the 45-metre line, but the momentum favoured Dublin at this stage and they took control to hit an unanswered seven points over the fifteen minutes that followed. Archer accounted for four, all coming from placed balls, while Mark Lavin and Sean Foran ensured the reigning Leinster champions held a six-point lead as half-time approached.

Dublin corner-back Alan Murphy saw his blistering shot rebound off the crossbar two minutes before the break, but it propelled Laois to their first score from play through Ronan Coffey's eye-catching point to end a 16-minute drought. Archer closed out the play with his sixth of the half to send Dublin in with a six-point lead, 0-11 to 0-5.

Laois restarted well with Coffey angling over his fourth a minute in, but Dublin picked up where they left off with Kieran McKeon and Rory Dwyer increasing the margin to seven points with 20 minutes left to play.

Jack Owens pulled one back for Laois heading into the final quarter and Byron followed with his third successful kick which would ultimately be their last of the night, despite two goal chances in the final five minutes.

Trailing by seven and in need of goals, referee Patrick Maguire pointed to the spot when Mark Barry was hauled down in the square. Barry picked himself up to take the resulting kick, but dragged his effort the wrong side of the post to all but end the game.

A final chance fell to Alex Mohan with a minute to go, but the young Dubs would finish with their clean-sheet intact as McKeon rattled off the final point of the night to spark the celebrations.