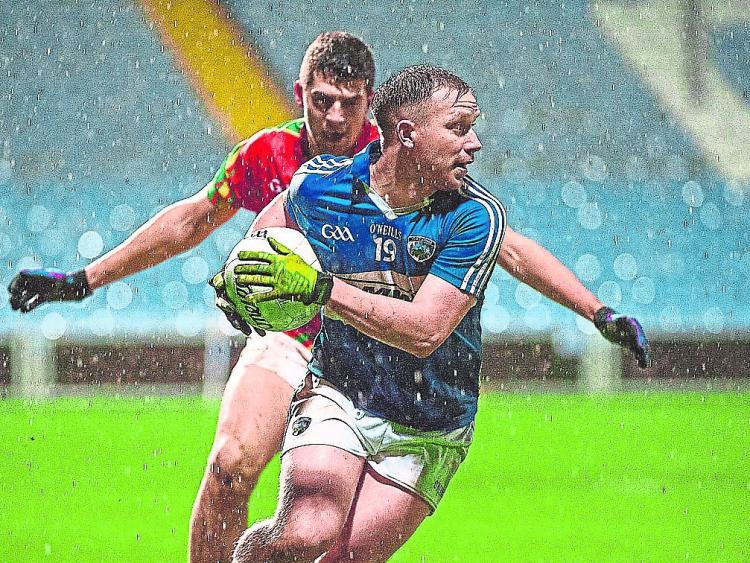 Brendan Quigley gets the nod for an exhibition of high fielding. John O'Loughlin and Donie Kingston also turned in fine performances.

What good has this game done to either side? It was never really competitive, which was disappointing.

Conor Boyle's goal in the first half was the turning point, as Laois never looked like being caught after that.

Apart from a couple of dodgy decisions, did okay in what was an easy game to referee.

With Kildare up next, the talk in the pubs will no doubt be of revenge, after the last-gasp defeat in the league.

The high fielding of the Laois midfieId was a sight to behold, as they dominated the air.

The bizarre yellow card Brendan Quigley was given after he was pinned to the ground by one of the Carlow players.