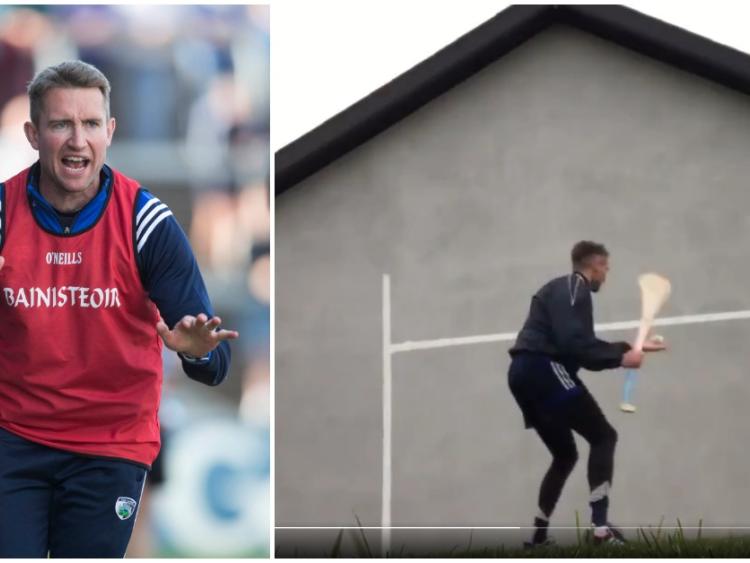 During these times of self-isolation and social distancing, Irish sports stars are making the best of a bad situation.

Laois hurling manager and eight-time All-Ireland winner, Eddie Brennan, has joined in on the online fun by posting a video of his effort at the #30secondstrikingchallenge which is one of a number of 'stay at home' sporting challenges to have taken social media by storm over the last two weeks.

Leading sports stars from across the country have joined in with their own attempts and versions of popular online skills, challenges and tricks since the containment measures began. The goal of the #30secondstrikingchallenge is fairly self-explanatory, see how many times you can strike the ball off a wall in 30 seconds.

From the video below, it's clear Eddie hasn't lost the touch just yet.

In a follow-up video, Brennan rectified his previous statement where he mixed up the captaincy duties of Enda Rowland and vice-captain Willie Dunphy - but as he said himself, he was 'panned out' after his 24 strikes in 30 seconds. He went on to nominate Westmeath's 'bear in the square', Killian Doyle, and the U-9s from his own club, Graigue-Ballycallan.

Clough-Ballacolla's Willie Dunphy was shaded by Rowland by a mere one strike, his total coming to 28.

Thanks for the nomination @EndaRowland2. 28 is all I could muster up!!
I would like to nominate two serious stick fighters in @cotzymc89 , @iamGilbertL. Get pucking boys!! pic.twitter.com/Jr0YZVoH54

People of all ages and abilities have been getting involved to date and, when we come out the other side of this current global health crisis, there's sure to be a whole generation of young wristy hurlers rearing to put their tricks and flicks into action on hurling fields across the county.