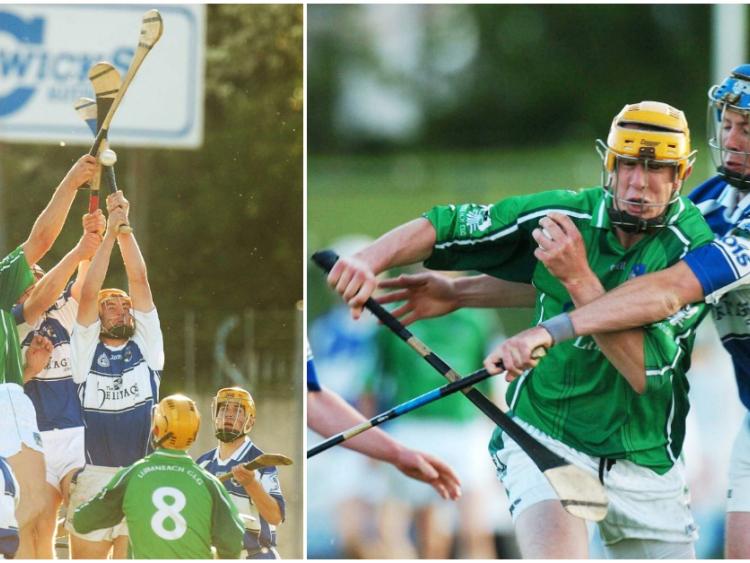 *This article was originally published in the Leinster Express on March 29, 2006

NHL Division One Section B

IT'S more than likely that Laois are going to conclude next Sunday's NHL series of first round matches without a point.

Yet with another display like this, gusty and committed seventy minutes plus against an unbeaten Limerick side, there is hope for the championship against Offaly in seven weeks time.

Laois pushed Limerick all the way last Sunday in atrocious conditions. O'Moore Park stood up to the test reasonably well considering two football games the previous day, but the incessant rain favoured neither side.

Whether the conditions proved to be the great leveller - Kilkenny beat Antrim by just two points - is an irrelevant observation.

Laois fought tooth and nail to get something from this game - that they fell short is not for want of effort - maybe a little bit of experience cost Laois on the day.

Laois opened strongly and were 0-3 to 0-1 to the good after less than ten minutes.

By half time, Limerick enjoyed a 0-9 to 0-6 advantage having played with the wind. Laois started the second half, with the strong -breeze -and had the margin back to a single point within eighty seconds. A shock was on the cards.

But then Laois lost their way. The county resorted to a two-man full-forward line - with the breeze. If you were one of the few Laois supporters there, you could see the logic in it. Limerick were full of running around midfield - the O'Gradys and Conor Fitzgerald were doing damage. But Laois, with Michael McEvoy playing well and the half back line seeing the ball fall their way more often that not, also held their own.

Laois, with the Castletown duo of Paul Cuddy at full forward and James Hooban in the corner, never really got to utilise either Cuddy's strength, Hoobans pace or their extra man at midfield.

It was Mark Foley, the unmarked comer back, who enjoyed the closing twenty five minutes or so more than anyone else. Limerick's goal just over ten minutes from time knocked the wind out of Laois, as neither side scored again until injury time of this contest.

All you can ask of any team is to compete. Laois competed last Sunday, and will take from It what they will. They will see the value of the likes of Paul Cuddy and an excellent Mark Rooney at the spine of their attack. It will also be noted the pace of James Hooban and Philip Russell and what they would be capable of on a fine day. At midfield, Michael McEvoy stepped up to the plate and hurled manfully. The half back line coped very well without him, Phelan, Hyland and Fitzpatrick looks good for the championship. At the back, neither full back line enjoyed this outing. When you see an experienced defender like TJ Ryan bring the ball from his own 14 yard line out for a 65 back to his own goal trying to rise it, you know it was a day for full backs to be tested and mistakes in that sector were glaring and costly for both sides. Brian Campion hurled well and hard in the first half, the lively Mark Keane was replaced at half time.

Consider that James Young was out injured, and Laois have further firepower to return up front. Statistics on Laois poor scoring form have been displayed in the past - on this occasion five of the starting six forwards scored from play and that made a difference.

Laois showed all the early promise, Paul Cuddy benefited from a quick ball by Seamus Dwyer and fired over the bar. It was an early affirmation that Cuddy at full forward could do a job for Laois. A minute later great work by Mark Rooney and Dwyer saw James Hooban pressure Damien Reale for the ball, he gathered and blazed over the crossbar.

A free from Mark Keane opened the Limerick account, but a bad foul by Mark Foley on Eamon Jackman saw Laois go 0-3 to 0-1 up, with Philip Russell converting after ten minutes.

Errors at the back helped Limerick draw level, in particular poor handpassing as Stephen Lucey and Conor Fitzgerald benefited. Laois worked well to regain the lead, Hooban registering his second.

Mark Keane equalised with his second free, but he went on to miss the next four over a ten minute period and from various angles. Limerick went in front again with a point from Andrew O'Shaughnessy, Russell replied with a Laois free, 0-5 to 0-5, all well and twenty minutes gone in to the breeze.

Limerick though had the better of the final fifteen minutes, a Conor Fitzgerald point was deflected over by Patrick Mullaney, Brian Geary was fortunate with effort from long range and substitute Donie Ryan made it 0-9 to 0-5. A Philip Russell free in the 37th minute left a goal between the sides. Yet Laois could and should have been further ahead * had they supported the full forward line a little bit better.

Laois began the second half in style, Mark Rooney fired over almost from the throw in, Joe Phelan hit from a way out to bring the margin to one.

After 45 minutes, Limerick were in front 0-11 to 0-9, over the next ten minutes, numerous throw ins and missed chances Laois stayed In touch thanks to frees from Russell, It was 0-12 to 0-11 when Enda Meagher entered the fray to freshen up the Laois midfield and build for the final push.

It was limerick though who got the break, and surprisingly Dickie Murphy allowed play on. AU throughout the game, any breakdown in play Murphy sensibly called for a quick throw in - conditions dictated. On this occasion both Andrew O'Shaughnessy and sub Niall Moran rucked well enough for a Munster call up, the ball eventually came back to Conor Fitzgerald who hung it in the net -twelve minutes' remaining.

Neither side scored for the remainder of normal playing time, right on the 70th minute Stephen Lucey pointed for Limerick. Two Philip Russell frees were Laois response in injury time but it was not a tame conclusion - Hooban blazed just wide. Limerick, had the final say when Brian Campion was penalised for catching three times, and Fitzgerald converted the free.

This was good stuff from Laois. Approximately 1,000 supporters huddled in the stand, at least 800 were from Limerick and in fairness to the Laois hurlers, it’s something they have come to terms with. There was a defiance in their play which was heartening.

And Laois could have won it - James Hyland hit a free well over 120 yards that hit the post in the 13th minute of the second half and deceived the entire Limerick defence.

A Laois win was not on the cards in terms of form coming in to this game, but from the Galway match and defeat to Antrim, Laois hurled just as they did in the first half against Kilkenny in Nowlan Park. They did start the second half similarly but on this occasion stayed competing to the very end.

Laois can now look forward to a Tipperary side with more than their fair share of problems next Sunday - but the Laois hurlers have learned to their painful coast that a wounded Tipperary side have been particularly ruthless in O'Moore Park in the past.