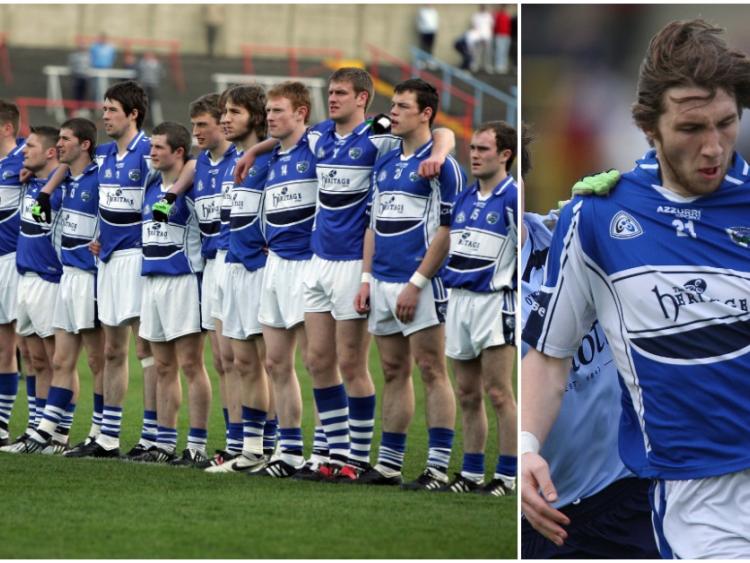 *This article was originally published in the Leinster Express on April 8, 2009

Laois' seemingly never-ending frustrations with the U-21 football championship continued in O'Moore Park last Sunday as Dublin claimed their fourth Leinster title of the decade.

Despite going into the game as outsiders, Dublin went ahead early on and stayed for the remainder of the game.

Laois put up a serious battle but they were always chasing the game and with Dublin marshalling Donie Kingston so well, Laois needed to come up with something special to rescue the game. They didn't and Dublin's well-organised and physical outfit held out for a well-deserved three-point win.

In fairness to Jim Gavin's side, they had their homework done on Laois. They figured if they limited Kingston they'd be half way there. And, while they didn't completely nullify him, they suffocated him enough. Zach Tuohy was the only other Laois forward to score and while such a one-dimensional approach might have been enough to get Laois to this stage, it wasn't enough to keep the story going.

Here they allowed'half the game go by without getting any ball, of any quality, into their marquee name. Then, in the second half, when Kingston was serviced a bit better, the hugely impressive Rory O'Carroll, with the help of an obliging half-back line, handled the threat superbly.

Dublin, without their mid-summer bandwagon brigade and supported by just their hardcore fans and friends and family, defied the lazy assumption that they'd struggle just because they were brought down the country. They played with the aid of a considerable breeze in the opening half but were quick to settle. With a 0-7 to 0-3-lead at the break they were in a good position and when they added two points within six minutes of the re-start it was there's to lose.

Laois rallied considerably thereafter and twice got the deficit back to two points. They could get no closer however. Dublin funnelled men back cleverly, surrounded Kingston at any opportunity and when they broke forward they made it count.

From Laois' point of view, the first half was when the damage was done. Playing into/the stiff wind, it took Laois 14 minutes to get on the score sheet and another seven minutes before they played a first decent ball into Kingston.

Trailing by four points at the break wasn't a bad position to be in but they ultimately weren't good enough to reel Dublin in.

Dublin opened the scoring with a Paddy O'Connor free and a Dean Rock '45 doubled their advantage soon after. Jason Moore was unlucky to see his poked shot on goal dribble wide after ten minutes but Laois eventually got off the mark when the lively Tuohy pointed after a good run.

Another '45 from Rock cancelled that out and Dean Kelly then got the first of his three points when he slotted over after a fine run from centre-back and captain Cian O'Sullivan. Paddy O'Connor and Kingston (free) swapped scores but Dublin went five ahead after Barry O'Rorke and wing-back Niall Brogan pointed from play. Another Kingston free closed the gap in injury time after Tuohy was dragged down and Laois went in at half time trailing by four.

The task facing Laois got even tougher .shortly after the resumption when Paddy Andrews and Paddy O'Connor (free) pushed Dublin into a 0-9 to 0-3 lead.

That was the catalyst for Laois to spring into life. Simon Shortall came forward from wing back to swing over a lovely point and a free from Kingston helped build momentum. A surging run from Ger Reddin set Tuohy up to close the gap to three points and John O'Loughlin showed great strength, and leadership, to claim a kickout, run 60 yards and punch over from close range.

At this stage Laois looked set to kick for home. Dublin, though, had other ideas. A sloppy short-kickout allowed Dean Kelly restore the three-point gap and when the same player pointed again a minute later, it left Laois needing to climb Everest again.

They clawed their way some way towards the peak again; Kingston curled over a marvellous effort from play and two minutes later landed a free from a tight angle out on the right after being fouled himself. That, though, was as close as they got. Brian Glynn, one of Laois' most impressive players in their second-half comeback, somehow fluffed his lines when he raced in on goals a minute later and then, with the first of the two minutes of injury time up, Dean Rock added a free to give Dublin some degree of comfort with a three-point lead.

Laois launched one last frantic attack but they never came close to getting the goal they needed; O'Loughlin did launch one dangerous ball into the square near the end but once that was cleared to safety, referee Eddie Craul decided enough was enough and Dublin held on for their eighth Leinster title and an All Ireland semi-final meeting with Cork in two weeks' time.

While Dublin's Dean Kelly deservedly got the official honours, Brian Glynn was arguably Laois' top performer just ahead of Donie Kingston, John O'Loughlin and Simon Shortall. He won a huge amount of hard ball around midfield in the second half and while he didn't pose a huge scoring threat it was another good performance in what was a fine campaign from the Portlaoise man

Eddie Craul's overly-fussy refereeing meant the game could never really develop as a spectacle. He was extremely harsh on over carrying and picking the ball off the ground and there was a number of occasions when his decisions were just plain baffling, like the time he awarded a free against Donie Kingston at a crucial stage in ther second half when Kingston had shrugged off Rory O'Carroll. It was hard to understand how there was only two minutes of injury time at the end either given there was a number of stoppages and the length of time Dublin took with every kickout.

Laois made three changes in the second half, with only one of them in attack when Ambrose Doran replaced Jason Moore. Given that Laois were chasing the game and needed scores it was surprising that the management didn't try something different in attack in the last ten minutes. Simon Miller, Paul Cahillane and Ed Kelly were the attacking options on the bench and any of them could have given Laois an extra attacking outlet when they needed it most.

It was unfortunate on Brian Glynn that his impressive second half ended with him squandering a good chance when Laois were two points down. But he got caught between two minds as to whether to shoot himself or pass to James Doyle; he got dispossessed though and Dublin went back up the field again to push the lead back out to three.