Remember When (2010): Laois Ladies stand up and fight back against the Dubs in Division 1 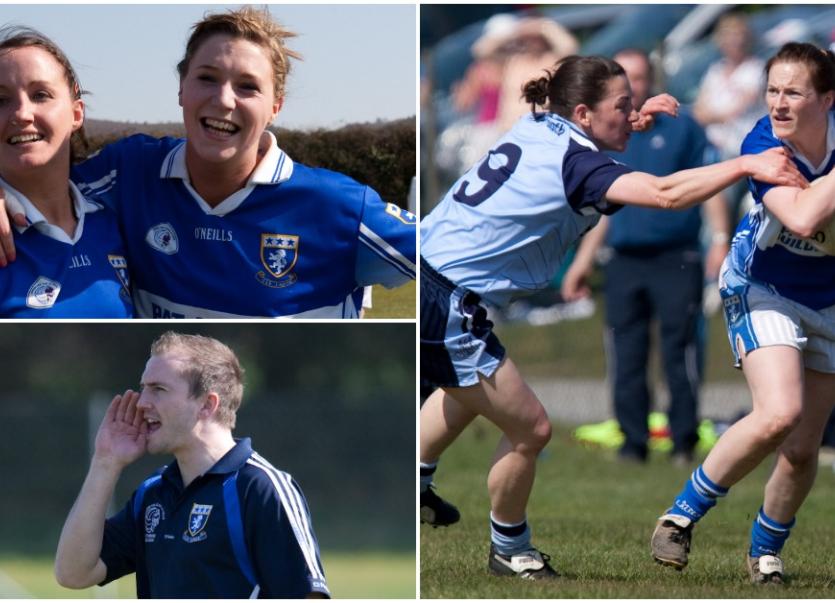 *This article was originally published in the Leinster Express on April 14, 2010

Laois produced one of the most dramatic, and important, comebacks in recent history when they sensationally defeated Dublin in An Bord Gals Energy Ladies Football National League Division 1 in Stradbally on Sunday.

The game was a humdinger from start to finish and provided the sizable attendance with terrific entertainment as fortunes swayed and fingernails slowly disappeared. Nobody was in any doubt about the significance of the result; the winners advanced to claim a semi-final slot and the losers dropped to Division 2.

The stark reality of the possible outcomes accounted for the intensity of the exchanges, which never fell below the high octane level. Despite this, the game was played in a wonderful spirit throughout and was a marvellous advertisement for Gaelic football of the female variety.

It was therefore fitting that it went down to the wire and it was difficult not to feel some of the pain of the losers as Laois players and supporters heaved a collective sigh of relief amid murmurings of, 'there but for the grace of God…’

The fine line between success and failure in sport was brutally underlined in the sixth minute of time-added on when, with Laois clinging on by two points, Dublin's Mary Nevin blasted the ball past Ciamh Dollard with goal written all over it. But the net didn't shake, nor did the umpire reach for the green flag. Almost in slow motion, the ball reflected off the butt of the upright and spun dangerously across the square into the grateful arms of a Laois defender who sent it in the general direction of The Windy Gap.

A few seconds later referee Keith Delahunty of Tipperary blew the final whistle to signal, not just the end of the match, but the death knell for Dublin in Division 1 and a place in the league semi-finals for Laois.

An hour earlier, few people-could possibly have envisaged such an outcome as Dublin led by 0-3 to no score after seven minutes and Laois were taking a hammering from wave after- wave of Dublin attacks. Laois were: very lucky not to have been wiped out during this period. A combination of tenacious defending particularly by a stubborn fullback line of Grainne Dunne, Lorraine Muckian and Aisling Quigley and inexplicable wastefulness by the visitors, who will surely have nightmares when they reflect on this stage of the match.

It is a credit to the Laois team in general that, despite being on the backfoot for this opening period, they weathered the storm, picked themselves up got down to business. Tracey Lawlor steadied the ship in the eight minute with Laois' first score. It was a statement of intent by Lawlor who followed through to produce one of her best-ever performances in a distinguished career with the county. Her power play in the middle of the field was a huge factor in Laois' recovery after that early onslaught and forwards duly responded to her promptings. Two excellent points by Martha Kirwan had Laois level after 15 minutes.

The rest of the first half was much more evenly balanced and against the run of play a mix up between two defenders was severely punished by an inform Lyndsey Davey who rattled the Laois net on 20 minutes. Laois again responded and points from Mary Kirwan (free) and Martina Dunne left the minimum between the sides at the break; Dublin 1-4, Laois 0-5.

Laois started the second half where they finished the first and Mary Kirwan did the spade work for her sister Noirin to level the match after two minutes but Dublin hit back with points from Sinead Aherne and Amy McGuinness. Muckian denied Sinead Aherne with an excellent block but Davey was first to react and pounced for her second goal on eight minutes to push the Jackies into a 2-6 to 0-6 lead.

It looked like game, set and match but Dublin could not maintain the momentum and failed to turn the screw. Laois’ experience showed through as the players picked up the signals and sensed that the game was not over yet. The entire Laois backline gelled marvellously as a unit and literally snuffed out any worthwhile Dublin attack for the rest of the game.

Lawlor again pulled the strings in the middle and Olwyn Farrell set up Martina Dunne who finished neatly. Two more points from Mary Kirwan and Lawlor reduced the deficit to three as the intensity of the Dublin performance waned significantly. Natalie Hyland and Tracey Lawlor exchanged points and the gap remained the same as and the 60 minute deadline approached.

Some great defensive work by Angela Casey, Trish Fogarty and Mags McEvoy created the opportunity for Noirin Kirwan who found sister Mary loitering with intent to the right of the Dublin posts. The experienced Shanahoe stalwart made no mistake and the sides were level.

Dublin were seriously rattled and Laois upped the tempo. Three minutes into extra time a well-orchestrated attack which involved at least seven Laois players saw Martina Dunne pick out the inrushing Olwyn Farrell and the midfielder duly shook the Dublin net for the second time. Game over. Well, almost.

The Laois defence had to withstand two more desperate Dublin attacks before a long blast of Delahunty's whistle called a halt to the proceedings, 37 minutes and 20 seconds into the second half.

The win was richly deserved by a team that showed great depths of character, both in last Sunday's game, and throughout the entire League campaign. Joe Higgins' charges now march on for another crack at Galway in the league semi-final on Sunday week. It's a game that will be relished by all involved.