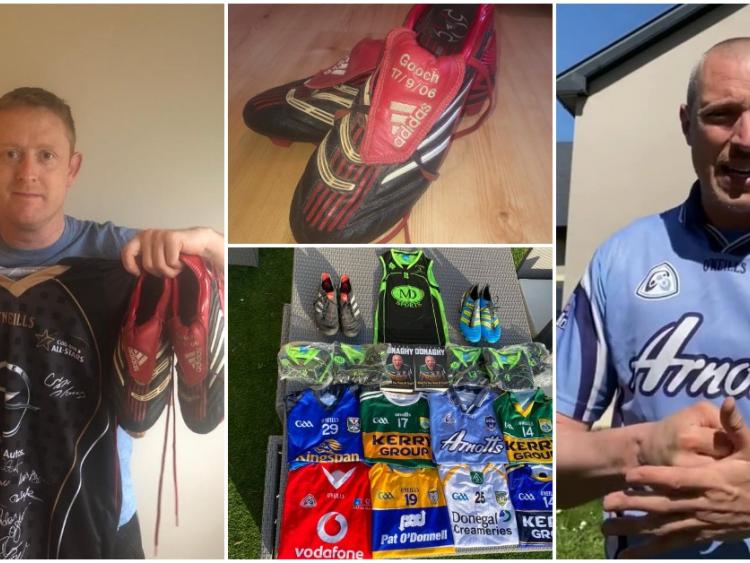 Two Kerry GAA legends have rowed in behind the 'Do it for Dan' campaign by auctioning off a whole host of classic GAA memorabilia in aid of little Dan Donoher from Ballybrittas, Co. Laois.

Kieran Donaghy and Colm 'Gooch' Cooper are set to part with some significant items collected over their decorated footballing careers, with Donaghy pledging a vast jersey collection while Cooper has dug out his boots from the 2006 All-Ireland final and a signed All-Star jersey from the 2013 trip.

Gathered some items today that might help raise some funds for Dan.

To date, Donaghy's GoFundMe page has raised over €17,000 from almost one thousand donators.

Cooper, on the other hand, decided to auction off his boots and signed jersey to the highest bidder - with the current highest bid at the time of writing at €1,600.

To donate, you can do so via the button below or at this link - HERE