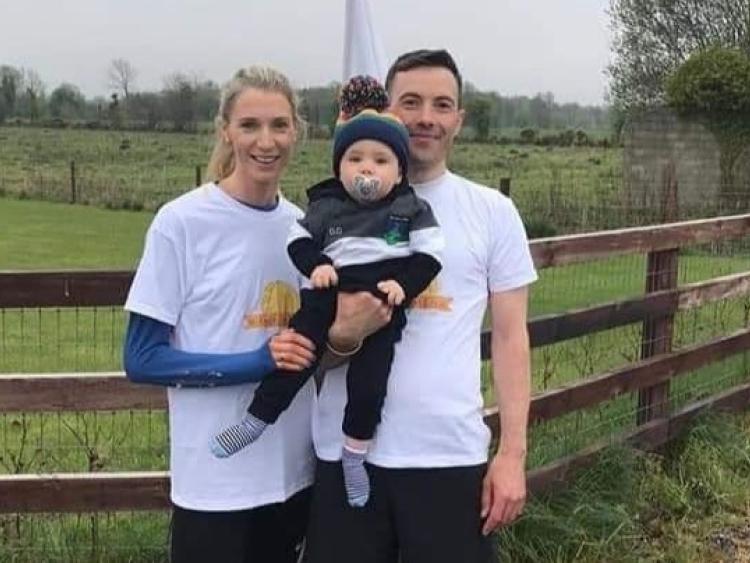 Portlaoise GAA Club has been overwhelmed by the response to its 1000km in a day fundraiser held as part of the Do it for Dan campaign.

Townies far and wide joined in the effort to raise €24,000 for Niall and Aisling Donoher as part of the efforts to send the little boy Dan to the USA for potentially life-saving treatment.

People ran, walked shaved or dyed on Sunday, April 19 in an effort which exceeded the target and looked like reaching €30,000 or more by the end of the effort.

"Portlaoise GAA Club have been absolutely blown away by the response to our 1,000km in a Day fundraiser for #doitforDan," said the club on social media.

"The display of colour from all people from all sections of our club on the roads today was incredible. We have beaten all of our original targets that we originally set by a considerable amount and we hope to have a final figure later on tonight.

"Thanks a million to everyone who has donated and supported our fundraiser to date. We're overwhelmed with the response and delighted to help in any way to support little Dan!

"We would like to take this opportunity to thank Ratheniska GAA for coining this novel idea for Dan, and for nominating us to take on the challenge," said the post.

Club chairman even donned the green and white of STRADBALLY to support the cause.