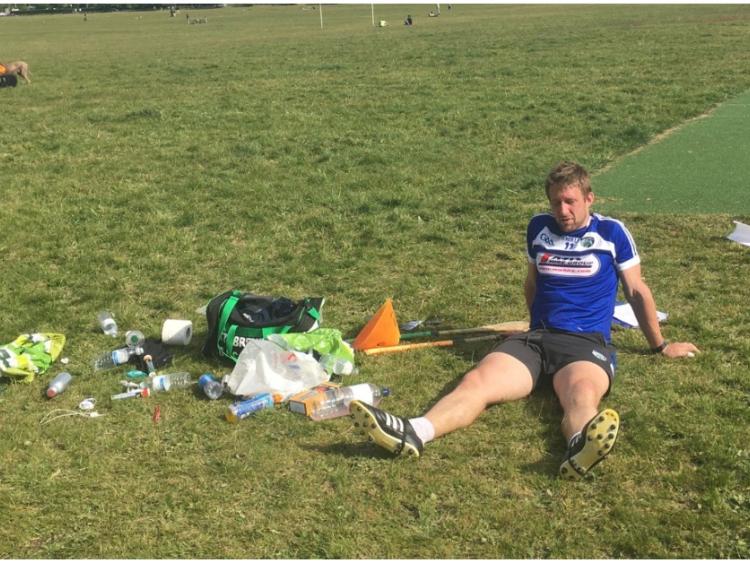 Laois and Portlaoise GAA star Cahir Healy has completed his mammoth 2000 points for 2000 donations challenge while also running a marathon in aid of three charities.

The decorated dual player has raised over £14,000 to go towards Do it for Dan, Midlands Regional Hospital Portlaoise and the NHS in the UK, where Healy lives and works.

The Portlaoise man is based in London as a teacher and has travelled over and back from London for the last decade to represent his club and the county in both hurling and football. He set out on his challenge for the Do it for Dan campaign but with their target reached earlier than expected, Healy opted to include Portlaoise Hospital and NHS too.

Using a park in Richmond with rugby goalposts near his home in London, Healy kicked a combined 1000 points off his left and right feet, a further 1000 hurling points, all while running more than the distance of a marathon.

Healy and his team of helpers gave hourly updates via Facebook and Twitter, with a combination of live-streams and videos.

Thank you so much for everyone’s help. 1999points and 42km to go.
Hourly updates here, my Facebook and Laois GAA.

He reached the halfway mark at around noon today and headed into the final stretch by 3pm. He rattled off his final 62 points, 61 football points and a single hurling point, by 4.30pm.