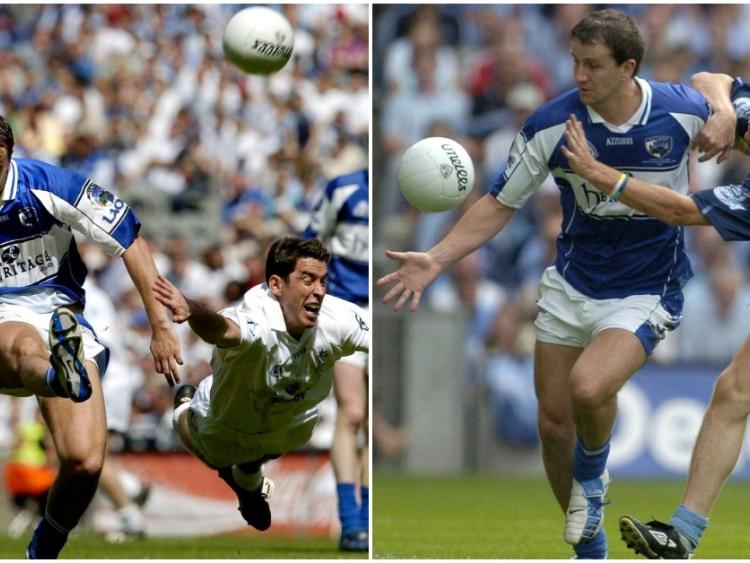 *This interview was originally published in the Leinster Express on May 25, 2005

Kevin Fitzpatrick has postponed a groin operation so that he can captain Laois in this year's championship. He might be sore next Monday after taking on Offaly but if Laois win, the pain will be much easier to take.

IT'S hard to think that when Kevin Fitzpatrick was galloping up through the middle of Croke Park on St Patrick's Day this year and scoring one of the finest dub final goals ever that he was struggling big time with a groin injury. The pain has only got worse since but, with Laois' Leinster championship campaign bearing down on him, he has made the hard decision to put off an operation until his football schedule looks a little less hectic.

"I suppose since before Christmas, I have been bothered by the pain but I didn't have the chance to get the operation done on it," says Fitzpatrick. “I was told first that I needed an operation and I was going to get it done after the All Ireland club final but when I went for a scan, I was told that I didn't need it.

“I took a couple of weeks off but when I went back playing again I knew that it wasn't right. Gerry McEntee then told me that I did need an operation but then I thought about how much I was going to be missing -I definitely would have been out for six weeks but it could have stretched on for two-and-a-half or three months."

That would certainly have ruled him out of Laois’ championship and with the captaincy honour bestowed on him as soon as Colm Parkinson went to Australia, sitting out an entire summer of action was something he just couldn't stomach.

"I decided to put the operation off so that I could keep playing and captain Laois this year. The groin is fairly sore during matches and especially afterwards. It's sore when I'm running and when I'm kicking and twisting and turning on it can be sore too but I have been taking painkillers and hopefully I can get through it."

This Sunday he’ll more than likely take up some attacking position after a year spent moving around the field with supreme versatility. Last year his form in the latter stages of the league and in the Leinster championship was of All Star quality; the problem was that come the selection stage for the All Stars there was no one position that he could have been considered.

He doesn't mind where the management drop him in this time; he will play as well as he can no matter where he finds himself.

His importance stretches well beyond his ability to play in almost any sector of the field though; forget his injury-time miss In last year’s replayed Leinster final for a moment and you'll see that he is probably one of the best players on this current Laois team to take a goal. He’s also one of the best to make a hit.

Since Mick O'Dwyer has assumed the mantle of manager he has blossomed as a player and as a leader and this collision with Offaly offers him the chance to ignite memories of the last clash two years ago; the protracted draw and replay saga in Portlaoise and Tullamore. His catch and pass to Michael Lawlor ensured that Laois got a goal to bring the game to a replay and If Offaly people had grievances about the legality of his delivery to Lawlor, Fitzpatrick is adamant that all was above board. After pulling a long Darren Rooney ball out of the sky, he fell and passed to Michael Lawlor - legitimately he believes.

Whether it was or not, it was certainly an important pass and Laois’ historic season took off from there.

Getting back in to Croke Park for the first time since the All Ireland club final loss to Ballina offers him the chance to erase some of the heartache of recent times. The stadium has all its grandeur and splendour yet for Kevin Fitzpatrick it holds more disappointments than it should.

"I haven't great memories of C.rokc Park. We lost to Westmeath there last year in the Leinster final, then to Tyrone and then to Ballina in the dub Final earlier this year so we certainly want to stop this losing record. The more matches we can win in Croke Park the better but we won’t forget losing to Ballina easily at all.

"We have been going fairly well since the league finished and I think we have stepped it up a bn in the last couple of weeks. It's great that we have some of the younger lads like Colm Begley, Padraig McMahon and Donie (Brennan) coming through because they are all class players and everyone has to push themselves in training.

“Offaly are definitely going to be hard beat, We were very lucky to get out of jail against them two years ago in Portlaoise and even when Laois have lost to Offaly there has never been much in it. It's always going to be close.

"We won the Leinster two years ago but people are going to start forgetting about that now unless we start making up for losing to Westmeath. We don't want to start having to go through the qualifiers and I think if we want to do well, we have to stay winning."