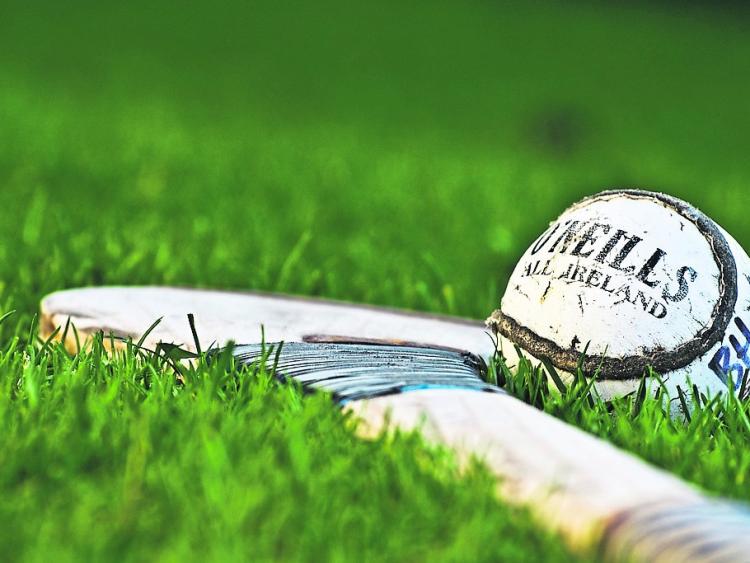 The Harps made a winning start in their bid to reach a third consecutive county final at this grade after holding off a stubborn Camross outfit with a single point to spare in an encounter that came to life in the final fifteen minutes.

It was a stop-start affair for the majority of the opening half with neither side finding fifth, or even fourth, gear across the opening thirty minutes. Michael Lanigan's pinpoint accuracy from placed balls was the difference in that period, The Harps' resident free-taker slotting seven points of their 0-9 half-time tally.

Camross weren't without their own chances in the first moiety despite notching just three points to referee Padraig Dunne's notebook, with David Mortimer's flash-shot across the face of goal drawing a considerable gasp from the small but vocal crowd in attendance.

Camross drew first blood just thirty seconds after the ball was throw-in, Darren Drennan dissecting the posts to give the men in black and amber an early advantage.

The Harps took hold from here and duly put their stamp on the game with the next six points in a row going their way. Lanigan hit his first of the evening with six minutes on the clock from a free inside his own '65 to set the tone. He followed with two more, a point and a '65, before the electric Philip Russell add their fourth just after the ten-minute mark.

Lanigan added two more before Camross broke their drought through Drennan's second, and they would wait another 17 minutes before making the referee reach for his notebook again.

With the rain intensifying and neither side truly dominating the play, The Harps increased their lead further with Russell and Lanigan adding to their accounts.

in injury-time, Camross again broke their drought when the experienced duo of Niall Holmes and Mossy Burke combined to see the latter find the target from out on the left touchline. The Harps restored their lead on the stroke of half-time with Lanigan's seventh placed ball of the half to send them in six points to the good, 0-9 to 0-3.

If early indications was anything to go by, Philip Russell's cracking goal two minutes after the restart that pushed The Harps into a nine point lead, things weren't looking good for the Camross men.

However, it seemed to spark some life into Camross and they slowly began to claw back the game.

A quick brace from Gilmartin was closely followed by a top-class goal from David Mortimer into the roof of the net and all of a sudden the momentum swang and Camross were up and running.

Darren Drennan added a point two minutes later, and directly after let fly on a loose ball on the edge of the square that fizzled over the bar with enough legs to reach Portlaoise - a close call for The Harps who already had their backs to the wall.

Colin Palmer completed their uninterrupted 1-5 blitz to make it a one point game, 1-9 to 1-8, with fifteen minutes left to play.

The Harps got back on track with a well-taken point from substitute Pat Walshe, and another from Lanigan calmed the nerves of the Harps fans on the bank.

It wasn't to last long as points from Drennan, Mortimer and Gilmartin had Camross on level terms with less than ten minutes left to play - and a stunning save from Tadgh Doran to deny Shane Fitzpatrick kept the game hanging in the balance.

A Lanigan '65 followed by a sharp Ciaran Comerford point with five minutes to go edged The Harps into a narrow lead before a Gilmartin brace ensure a nervous finish.

Conor Dunne, a rock at centre-back for the eventual winners, landed a long-range point well into injury-time and try as they may, Camross couldn't find the equaliser as The Harps held on for a hard-fought win.