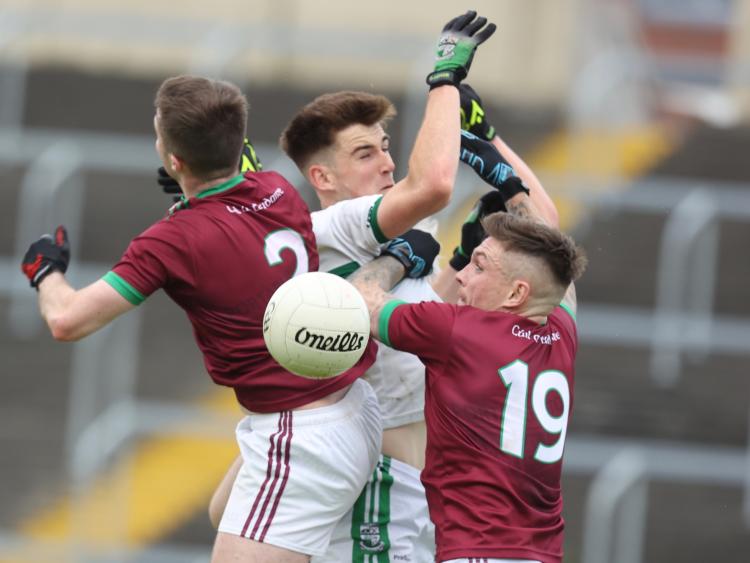 Portarlington turned the tables on the four-in-row chasing Portlaoise in MW Hire O’Moore Park this evening when they secured their place in the Laois SFC quarter-finals with a deserved win.

In a highly anticipated rematch from last year’s dramatic SFC semi-final where Portlaoise produced a second-half revival to overturn a six-point deficit and emerge with two to spare at the final whistle, Portarlington left O'Moore Park this time around with a notable victory under their belts.

Portlaoise started brightly as they teased the Portarlington defence for an opening in the initial minutes, leading to Gareth Dillon’s fisted point after two minutes.

Portarlington got off the mark directly after when Stephen O’Neill landed a beauty of a point from the far side, and David Murphy followed with a rasping shot from the outside of his boot. Their lead didn’t last long, however, as Portlaoise were back on level terms thanks to a Ricky Maher free after Dillon was fouled on his way through.

Portarlington got on top for a period and kicked five points on the trot to open some space between the sides. Jake Foster accounted for three of those from placed balls while Rioghan Murphy and Sean Byrne fired singles to see them lead by five at the water break.

Portarlington failed to scored after the water break as Portlaoise narrowed the gap - despite being temporarily reduced to 14-men due to Benny Carroll’s black card. Frees from Jason Maher and John Kavanagh, and a ‘45 from Graham Brody, had Portlaoise within two of Portarlington at the half-time break.

After the restart, Portarlington restored their four point cushion with a David Murphy point closely followed by Byrne’s second, but it should have been a goal after Rioghan Murphy’s initial effort was saved and the ball broke for Byrne.

Portlaoise reopened their account with a booming score from Kieran Lillis and a Conor Boyle single had The Town back within two points.

David Murphy was on hand to restore the Port lead to three but Portlaoise grabbed the final score before the water break through Boyle - but Port paid the price as Robbie Piggot picked up a black card for a late tackle on Boyle as he got his shot away.

Portlaoise upped the ante heading into the final ten minutes with John Kavanagh narrowing it to the minimum before Graham Brody came forward to land a free from the 45m line and bring the sides level at 10 points apiece.

In the second of four additional minutes, David Murphy tapped over a close-in free to give Port a shaky lead.

Portlaoise had two chances in the final minutes, Graham Brody and Ciaran McEvoy both seeing prime chances go begging before Port put the final nail in the coffin at the death when they walked the ball into a Brody-less net to wrap up the win.