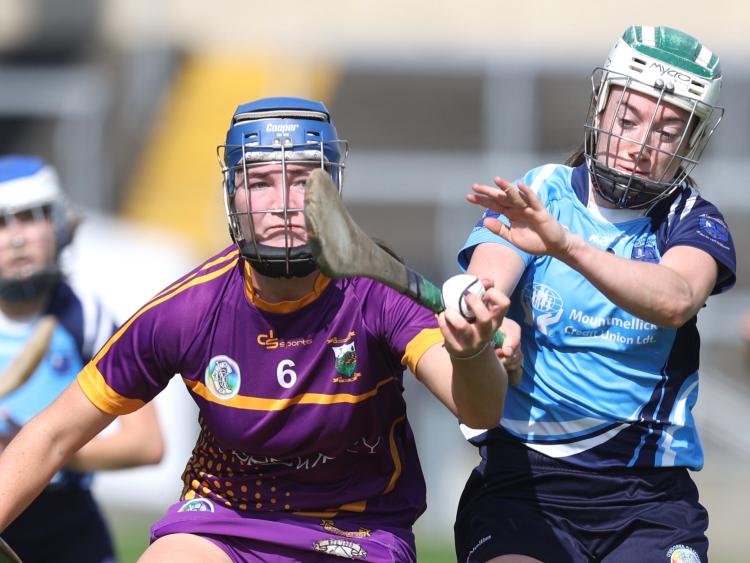 Trailing by four at the break and level three times in the closing half, O’Moore’s turned in a stunning performance where Laura Marie Maher came to the fore with seven points top steer the trophy home.

St Brigid’s started the brighter of the two sides at MW Hire O’Moore Park with resident free-taker Aisling O’Dea settling the nerves 45 seconds in, and they doubled their advantage shortly after with midfielder Jessica Quinlan landing a huge point from range with the wind behind her back.

Joyce Dunne and Laura Marie Maher combined to see the latter record their first score of the day with a fine score. Their next opportunity arrived with ten minutes on the clock when Maher took off on a great run that required a superb save from the St Brigid’s goalkeeper Laura Dunne.

Shortly after, the sides were level when Maher slotted her point of the game, but it wasn’t to last long as O’Moore’s went up the field and had a goal chance of their own that forced a fine save from Amy O’Callaghan and the ball was recycled over by Aisling O’Dea to give them a slender 0-3 to 0-1 lead at the water break.

St Brigid’s picked up where they left off after the restart with the next three scores falling their way. Anne Marie Purcell sent over a lovely over-the-shoulder point and a brace of frees followed from O’Dea to put some space between the sides.

Laura Marie Maher pulled one back for O’Moore’s under great pressure with half time looming, but O’Dea had the final say of the half to send St Brigid’s in leading by four points - 0-7 to 0-3.

Now backed by the wind in the closing half, O’Moore’s quickly set about dismantling the deficit. Points from Amy McKane, Rebecca Williams and Maher set the scene for McKane’s equalising point seven minutes into the half.

They went on to take the lead for the first time in the game with 42 minutes on the clock when Maher shot her fifth, but a brilliant Aisling O’Dea point from the sideline had St Brigid’s level. There was still time for O’Moore’s to hit another through Maher as Padraig Dunne sounded the whistle for the final water break.

O’Dea brought St Brigid’s level for the final time on 51 minutes with her seventh point, but O’Moore’s found another gear in the final ten minutes and hit the next five points without reply - Maher accounting for four in a dazzling five minutes.