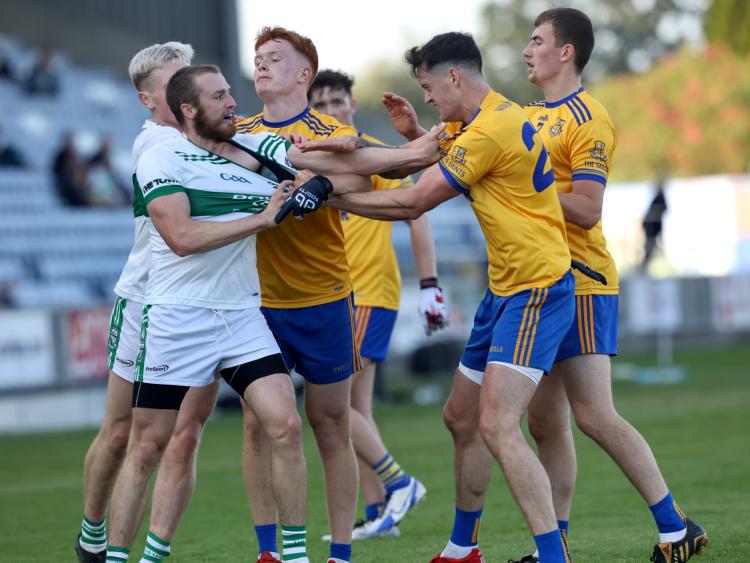 Reigning champions Portlaoise bounced back from their previous round loss with an impressive performance against a resilient St Joseph's side in Round 3 of the Laois SFC at MW Hire O'Moore Park this evening.

Playing with the wind behind their backs in the opening half Portlaoise settled the faster of the two sides and played the better football. In the first thirty minutes, only three scores arrived from play and two of those were the opening scores of the game and the third was Kieran Lillis' goal. Yet, Portlaoise looked the more likely to score from open play.

The second half was a different contest as St Joseph's looked to use the wind to their advantage, and they troubled Portlaoise in the final ten minutes.

Benny Carroll opened the scoring with one of his trademark runs down the wing before cutting in and raising the first white flag of the day with a minute on the clock. A Ricky Maher free doubled the Portlaoise advantage before St Joseph's got off the mark after Josh O'Brien took on his man and finished with a great score.

Maher added his second nine minutes in, again from a free after John Kavanagh was fouled, and then Kavanagh stepped up to slot a free of his own approaching the quarter of an hour mark. The final action before the water break saw James Kelly come forward to nail a '45 and narrow the gap to two points.

Maher increased the Portlaoise lead to three with his third free of the half, and a minute later the first green flag arrived. Maher offloaded to Kieran Lillis who came through the centre at pace and blasted to the back of the net leaving St Joseph's facing an uphill battle.

John Kavanagh claimed a mark and confidently dispatched it over off his left from 35 metres out to leave seven point between them. Maher added his fourth of the day from a close-range free to make it an eight point deficit, but St Joseph's closed out the half on a high, despite losing Adam Campion to a black card for dragging down Conor Boyle, as O'Brien slotted a brace of frees to leave the half-time score at 1-7 to 0-4.

Aided by the breeze, St Joseph's put in a much improved second half performance where they pushed the current champions. Portlaoise restored their eight point cushion with the first two scores of the half coming from Kavanagh and Lillis.

St Joseph's reduced it back to six with an O'Brien free followed by a nice score from substitute Matty Campion, although Portlaoise were seven clear by the whistle for the water break thanks to Brian Smyth's effort.

St Joseph's were fired up for the final quarter and gave Portlaoise a run for the money.

With 52 minutes on the clock, Gary Saunders fouled Michael Keogh in the square and Maurice Deegan pointed to the spot. Brian Daly expertly dispatched it to the bottom corner to give the Kellyville outfit a lifeline heading into the final stages.

Substitute Ronan McEvoy settled Portlaoise with a fisted point right after, but St Joseph's picked up where they left off and a lovely curled effort from Daly sailed over, and then with three minutes to go Josh O'Brien made it a three point game.

Portlaoise steadied the ship and closed out the game with McEvoy adding his second and the final point of the game arrived through David Holland as Portlaoise progress in search of their fourth title in a row.