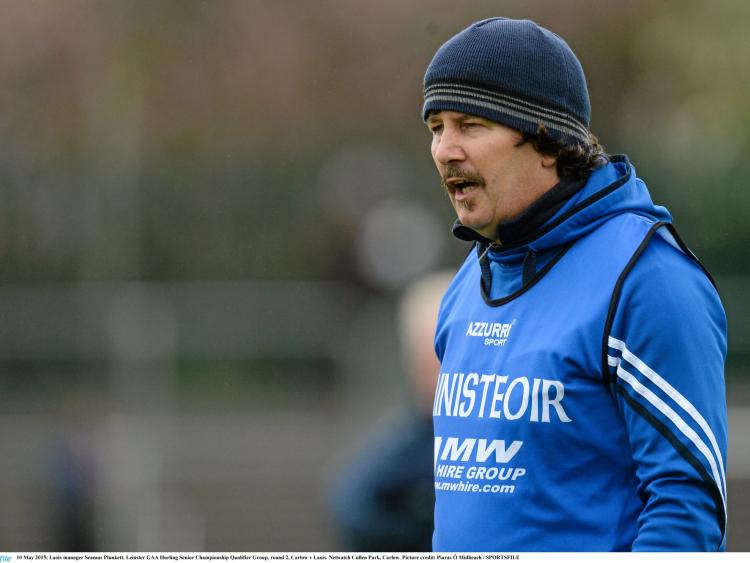 Laois hurling boss Seamus ‘Cheddar’ Plunkett feels his side are in a position to push on and improve in 2021 as they prepare for another crack at the top tier.

Cheddar, the former Laois player returning for his second stint at the helm of the county hurlers, previously took charge from 2013 to 2016 and was reappointed to the position last December after Eddie Brennan opted to step away following a successful two years that reaped a Joe McDonagh title and a memorable championship victory over Dublin in 2019.

Having plied their trade at hurling’s top table in recent years and retained their Division 1 status for the year ahead, Plunkett told RTÉ’s Saturday Sport that the next step is “competitiveness and consistency” for the Laois men.

"The standard bearers, in terms of how this is measured, are Limerick at the minute. You look at their development (plans) and underage success and, while it doesn't guarantee senior success, it's certainly helpful. On that, I'd say we still have a lot of work to do.

"On the flip side of that - as a Laois supporter as I was the last couple of years - I think the team itself worked hard and are certainly in a position to push on and not just stand still.

"If we look at 2020, we played Wexford, Clare, Carlow, Kilkenny and Dublin in the league and then went into the championship against Dublin and Clare. I think there were some solid performances in that but nonetheless, we just won one match, against Carlow by a number of points.

"We know we've a hill to climb. We're going to be facing into the same league and championship this year.

"The next step is competitiveness and consistency against all these teams that are in the top division. Every match that we go into, we need to be looking at winning those matches. That's certainly what we will be doing."

During Brennan’s time in the Laois hot seat, player availability was often a hot topic for the Kilkenny native due to a number of high-profile players stepping away from the panel. However, Plunkett maintains it’s not an issue specific to the O’Moore County.

“Players are in different cycles in their life and may not be able to commit to something. But I'm certainly satisfied in Laois that the people that are in there are totally committed to it."

With the permitted return to inter-county training date pushed back from January 15 to 29 due to the Covid-19 pandemic, and the National Hurling League originally due to get underway on February 28, an announcement from the GAA is expected in the coming weeks.