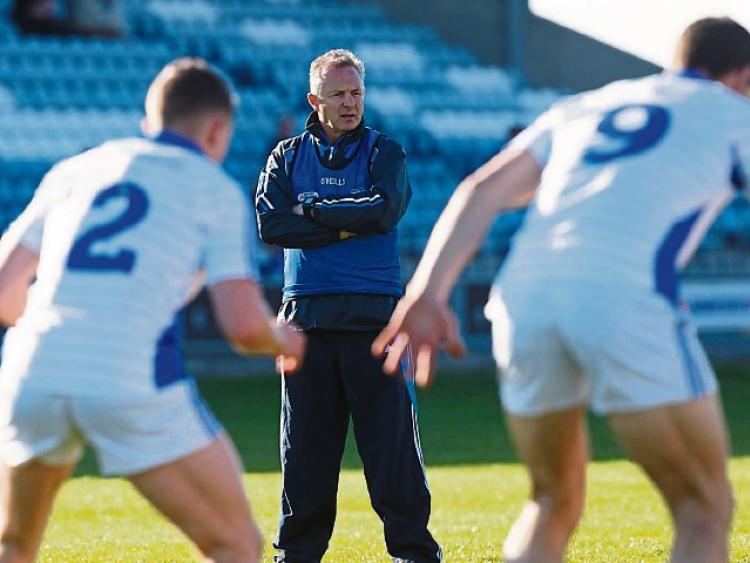 Mick Lillis during his days with Laois

Laois is showing the way in Limerick and Clare at inter-county and club level with its hurling and Gaelic club football teams.
Mick Lillis has returned to his roots in the Banner county where he will coach Cooraclare’s senior football team.

The Clare Echo reports that he is one of four members of Cooraclare’s Clare senior football championship-winning team from 1986 to line up on the coaching ticket for the south Clare outfit. The club won the last of their nine county titles in 1997.
Portlaoise-based Lillis brings a lot of coaching experience to the table. He is a former Portlaoise club player, having also led the Laois senior inter-county team.

The Clare native, who is father to Laois player Kieran, has coached Ballylinan in Laois and won Kildare championship with St Laurence’s and guided Palatine to the Carlow crown.

Meanwhile, Limerick GAA have ratified former Portlaoise club man Diarmuid Mullins as the county's U-20 manager for 2021
Mullins has spent the last two seasons in charge of their minor side, leading them to two Munster titles.

Highly respected, he is a former All Ireland minor football winner with Laois having got up the steps of the Hogan stand in 1996 and 1997. Now the principal of Crescent Comprehensive secondary school in Limerick, he was also involved with UL in the Fitzgibbon Cup.

He will now guide his Limerick charges into a semi-final meeting with Galway after restrictions are eased.