County board chairman believes many targets have been it 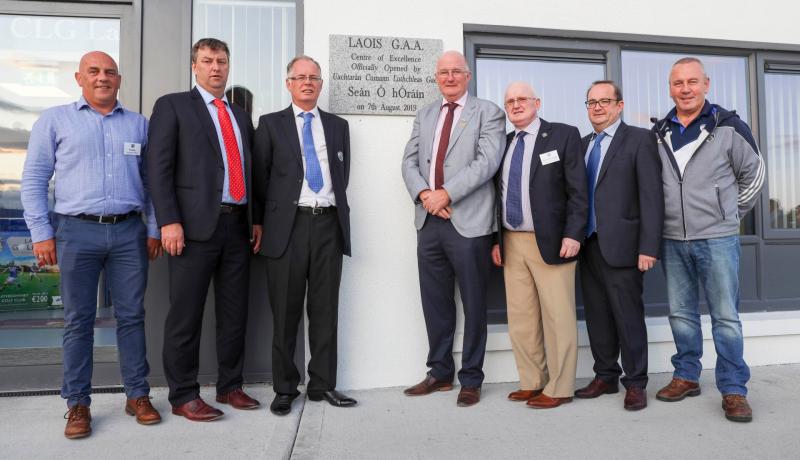 Work is set to start on the review of the implementation of a Laois GAA Strategy and Action Plan, according to Laois County Board Chairman Peter O'Neill.

Mr O'Neill said former GAA President Nicky Brennan had agreed to chair the steps taken by Laois GAA following through on a host of recommendations made in the three year roadmap launched in January 2018.

Mr Brennan will be joined on the review committee by some of those involved in drawing the strategy and others involved in the day to day activities of Laois GAA.

Mr O'Neill said all involved in the original process will be asked for input into completing a review report to be completed this year. He added that the process would also be open to views of clubs who contributed during consultation on the plan in 2017.

Mr O'Neill said he did not wish to preempt the outcome of the committee's work but he said he believed many of the targets set for the County Board have been achieved. Among the achievements he highlighted was the opening of the Laois Offaly Education and Training Board Laois GAA Centre of Excellence. He also underlined the work done on the coaching and games front.

He acknowledged that some headline ambitions have not been reached. He accepted that a second GAA club has not been established in Portlaoise. However, he said the decision not to do so resulted from consultation with clubs such as The Heath and Clonad.

He admitted that more work is needed to increase Gaelic Games participation in Portlaoise and there is also a need for Laois GAA to work on reflecting the diverse nature of the county town's population the clubs in the Portlaoise parish.

Mr O'Neill also accepted that another target not reached was the building of a stand in the new LOETB Centre of Excellence. While not ruled out as a long term aim he said it was not a viable short term objective.

The Laois GAA chairman believes the new review will form the basis of another three-year strategy. He says consultation should begin on this in 2022 with a view to adoption in early 2023.

A new GAA club in Portlaoise, the appointment of a full-time Coaching and Games Manager, ceasing of up to ten clubs in the next decade were among the findings reached in the original strategy.

The plan also addressed funding and urged Laois GAA to consider sourcing future funds through the Capital Sports Grant scheme, hosting a major event in O'Moore Park, targeted fund-raising for the Laois GAA training centre, as well as selling the naming rights for O'Moore Park and the Training Centre.

The plan also urged to reach out to the Laois 'diaspora' outside the county and country, while also holding a major fundraising event in Laois, or possibly even in Croke Park.

A redeveloped press box in O'Moore Park was also proposed.