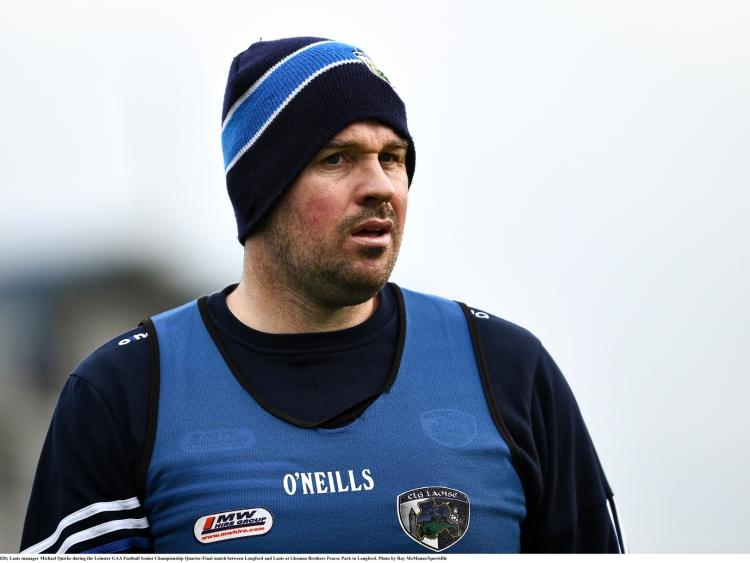 Laois football manager Mike Quirke has backed calls to increase the number of subs teams can use in the upcoming National leagues.

With teams only back in training since last Monday and the league approaching thick and fast, the Kerry native told the Irish Examiner that he believes increasing the quota of five subs is a no-brainer as long as it doesn't get totally out of control and upsets the flow of the game.

“I never understood the logic of reducing the six to five (subs),” remarked Quirke to the Examiner.

“I think it’s the other way we should be going. You’re asking fellas in a 32, 33, 34-man panel to train as hard as they can. You should be able to give as much time and opportunity to as many fellas as possible, really, without completely disrupting the flow of a game.

“In these exceptional circumstances, I think it’s a huge opportunity to have unlimited substitutes when lads are under pressure to stay playing and then pick up some injury that was probably avoidable if you were able to take him off the field”, explained the former All Ireland winner.

The football championship will be in knockout format this year also with Laois down to play Westmeath in the Leinster quarter final. With no challenge games permitted at this moment in time, the league is the only option for managers to get a competitive gauge on where their players are at.