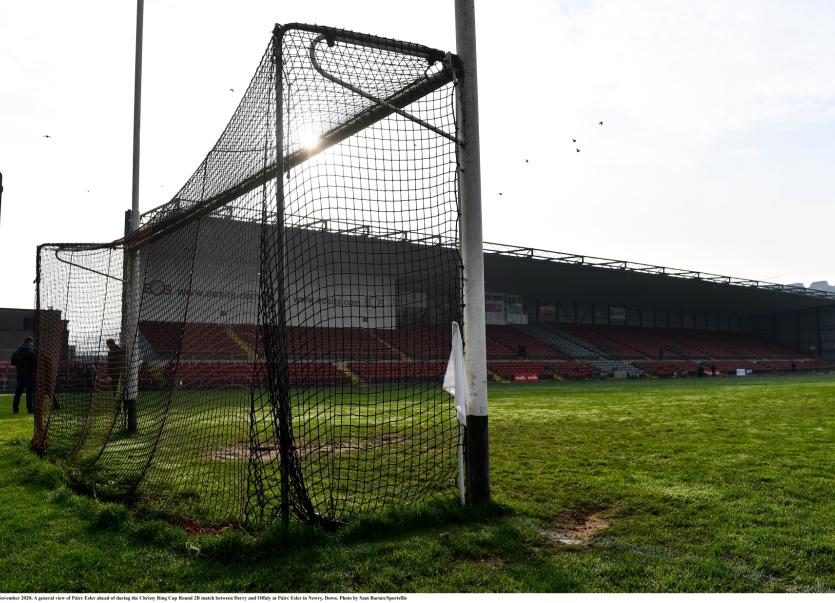 Laois travel to Newry to take on Down on Saturday evening with their Division two status on the line. With no wins to date and with Down having got the better of Westmeath to register their first win of the league in their last outing, the Down men have their tails up and key man Paul Devlin also believes that having home support in Newry on Saturday is another bonus for the Mourne men.

“We worked hard to get to this level and now we would not like to surrender our status,” insists Devlin. “Obviously we are happy to be hosting Laois at Newry and the fact that we will have 400 of our own fans there will be a bonus. I think all teams have been finding it difficult playing in empty grounds but this is one game in which vocal backing could prove very beneficial", he explained to the Belfast Telegraph.

Supporters have been permitted in games in Northern Ireland in the last few weeks and although the same has now been applied down South, the Laois footballers won't benefit from that until their championship meeting with Westmeath in a few weeks time.

Laois have been having a tough time in front of goals in this years league. They have been creating plenty of chances but their conversion rate hasn't been good enough for a team in Division two of the National league.

Laois have had a two week break from competitive action since their final regular league campaign loss to Kildare and manager Mike Quirke will have been glad of the extra week on the training ground to sharpen up.

Quirke was under no illusions after the Kildare game that they will have to find their shooting boots and if they don't, it doesn't really matter who they are playing or where the game is been played.

“Who we’re playing is probably irrelevant right now. If you’re scoring 1-9 you’re not going to beat anybody. That’s not an inter-county score. You can’t win games with 1-9. It’s not as if we’re playing with 15 men behind the ball. You have to be getting to 18 or 19 points to try and win these games.

“If you have 25-26 shots, you should be getting to 18-19 points and we’re not doing that right now. But it's a funny thing.
“You can hot a purple patch and fellas put one over the bar and suddenly there's a bit of a flow to it.

“If you constantly doing things right, like we think we are, then you're giving yourself a better chance. You keep doing the right things in training. You keep focusing on being really efficient in around the D, you keep focusing on creating good, high percentage chances and ultimately fellas got to kick the ball over the bar.

“That's the bottom line. No matter what you do in training, you can't kick the ball over the bar for them. Eventually you have to trust that the work you are doing is going to turn things," commented the Kerry man after that defeat to Kildare.

The game throws in at 6.15pm on Saturday evening in Newry and it can be streamed on GAAGO.