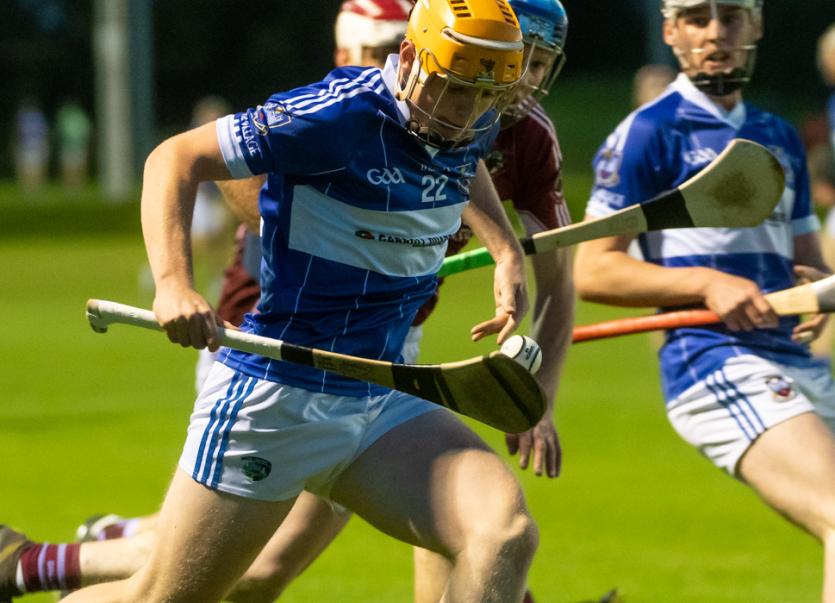 With club action finally back underway in Laois, Castletown made a winning start to the 2021 Laois senior hurling league with a seven point win over Rosenallis on Sunday evening.

Played in Castletown, the home side set the tone throughout a hard and fast paced game that saw both sides contribute to a non stop game of hurling.

Tadgh Cuddy led the way for the Castletown men firing 1-3 from play to go with his seven points from dead balls. Once they recovered from a shaky start that saw them fall five points down after seven minutes, they powered on for a deserved win.

Rosenallis were the story of the 2020 senior hurling championship and they started the game well with Paddy Keating to the fore. They fired over five points on the spin in the space of three minutes early doors with Brian Fitzpatrick floating over two while Sean Dunne scored one of the points of the evening from way out on the sideline to give them a good buffer early on.

Keating added to his tally with another point even though he probably should have found the net while Castletown got into their groove with Tadgh Cuddy and Dylan Conroy pointing to leave it just a three point game at the first water break.

The water break gave Castletown a chance to regroup and they came charging out of the blocks with Martin Phelan landing his first score and Cuddy rattling the net. Another from Martin Phelan along with an effort from Joe Phelan saw them turn the game on its head and take a take a commanding lead.

Rosenallis hit back before the break with Paddy Keating, Sean Dunne and Ronan Murray all finding the target to leave Castletown only leading by a single point at the break.

Brendan Reddin put in a solid shift in the middle of the field all evening and he added a score early in the second half to go with Cuddy's opener.

The sides traded scores before a mini free taking contest broke out with each adding three points to their sides' tally.

As the second half water break approached, man of the match Tadgh Cuddy landed two quickfire points to hand Castletown a five point lead at the end of the third quarter.

The final quarter saw both teams keep up the all intense hurling. Both had decent goal chances saved but two frees near the end from Dylan Conroy and Tadgh Cuddy earned Castletown a seven point win in the end.